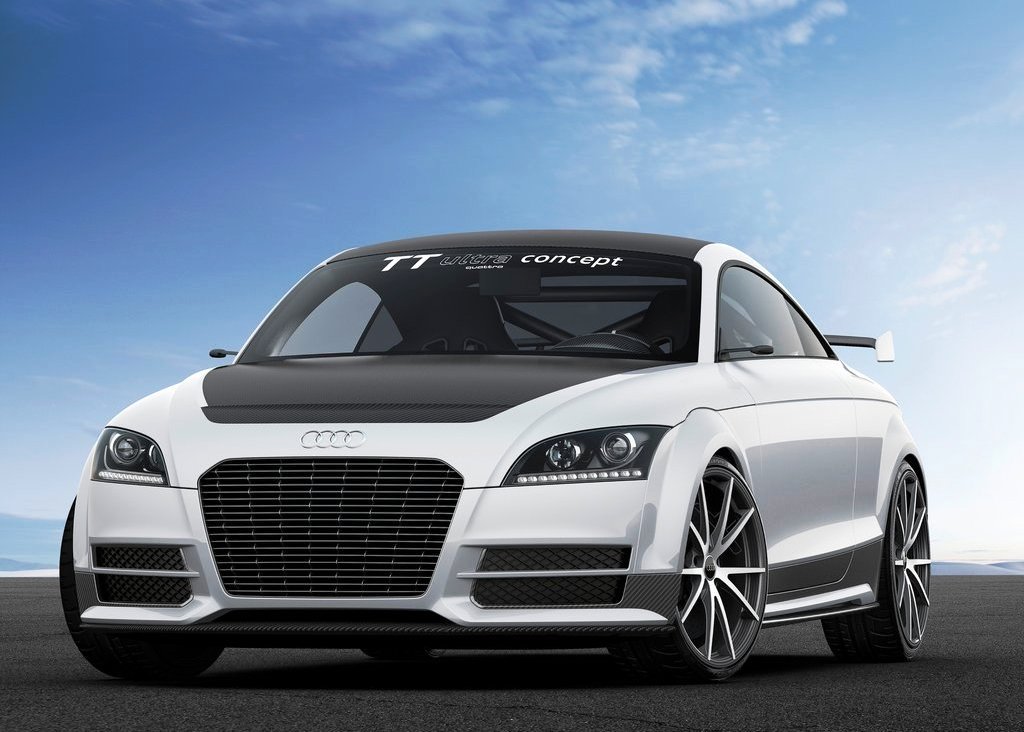 Audi has introduced the 2013 Audi TT Ultra Quattro Concept is a car that combines minimum weight and sporty maximum. Showcar combines sleek 1,111 kilograms (2,449.34 lb) total weight with the 2.0 TFSI. Its power-to-weight ratio of 3.6 kg / hp is on a par with thoroughbred super sports cars.

"The right amount of the right material in the right place". That is the motto used audi to manipulate the body in 2013 Audi TT Ultra Quattro. This super car uses carbon-fiber reinforced polymer (CFRP) in the rear end, the center tunnel, in the B-pillars and in the roof. Basic rear wing is made as a supporting component of aluminum milled. While the wings as functional elements made of carbon. Big spoiler gives the gene motorsport for this car. The car is painted in a special color crystal white.

Inside, the same material was also graced door trim, center console and the cross-bracing replace bench rear seat. A number of intelligent appliances have offered to pamper customers. They include air conditioning, windows electrical control and parking electromechanical brake. In addition, the exterior mirrors replaced with a compact camera that transfers pictures directly to a digital cockpit.

No word yet on pricing, but we'll update you if Audi Decides to bring the  Audi TT Ultra Quattro Concept to production.