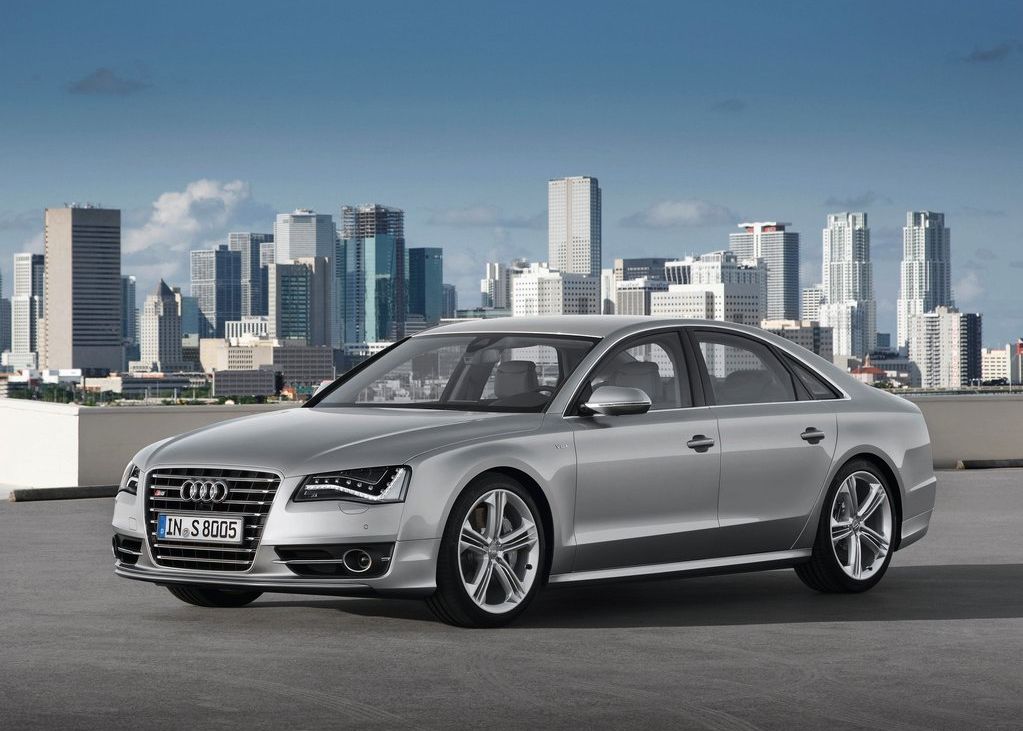 The result is outstanding performance for Audi S8. This makes the fuel consumption of the sonorous and smooth twin-turbo V8 all the more amazing: It averages just 10.2 liters per 100 km (23.06 US mpg), much less than its competitors. The free-breathing, 5.2-liter V10 in the previous model consumed an average of 13.2 liters per 100 km (17.82 US mpg). Fuel consumption decreased by nearly 23 percent despite a 51 kW (70 hp) increase in output.

The eight-speed tiptronic in the Audi S8 also unites sportiness and efficiency. It uses tall gears at low revs whenever possible, but downshifts quickly and comfortably when requested by the driver. The sprint from zero to 100 km/h (62.14 mph) takes just 4.2 seconds, and top speed is electronically capped at 250 km/h (155.34 mph).

A decisive advantage of the Audi S8 is the comparatively low weight of 1,975 kilograms (4,354.13 lb). The luxury sedan's ASF (Audi Space Frame) body is made almost entirely of aluminum. Only the B-pillars are made of ultra high-strength steel. The body weighs just 231 kilograms (509.27 lb); a conventional steel construction would be around 100 kilograms (220.46 lb) heavier.

power-adjustable comfort sport seats have been designed exclusively for the Audi S8. The stitching and piping are in contrasting steel gray, while the upper inlays on the instrument panel and tiptronic selector lever present the material Carbon Atlas. Typical of the Audi S models, these have gray dials with white needles - a design which is repeated in the classic analogue clock.