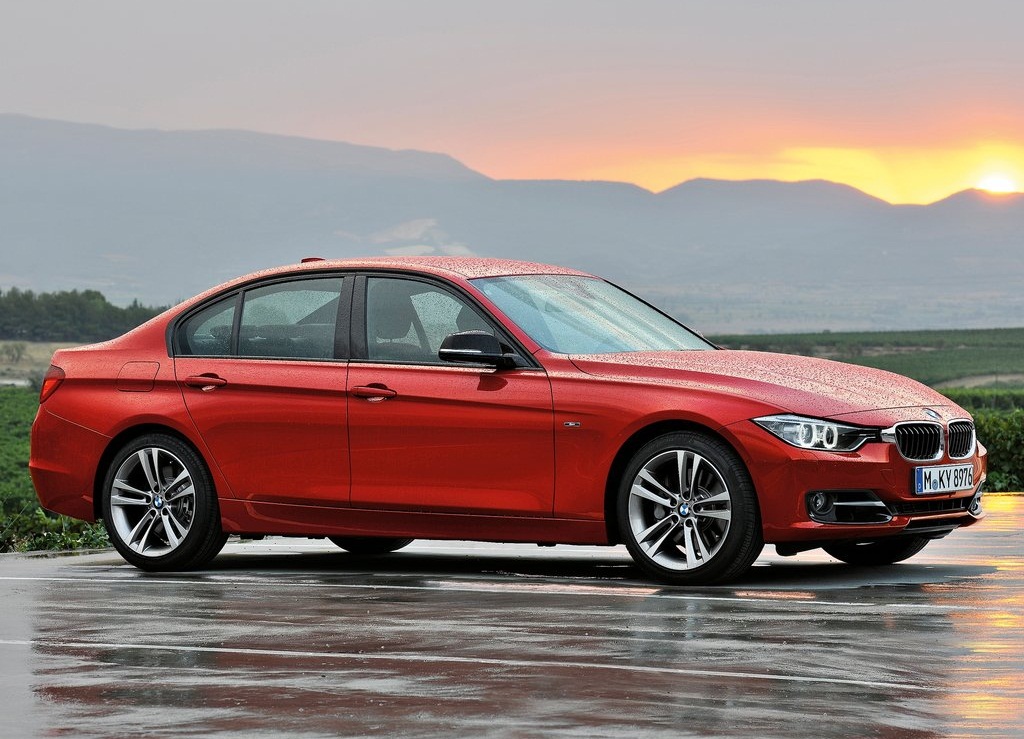 The new 2012 BMW 3-Series Sedan. All eyes are on the next 3, due for 2012. The BMW 3-Series Sedan is the original in the compact sports sedan segment and over the years has come to symbolise the aesthetic appeal, dynamics and sporting capability of BMW. With its dynamic and elegant lines, the sixth model generation of the world's best-selling premium vehicle highlights the sporting character of the brand's mid-size model. The new BMW 3-Series has a perfect balance of sportiness and elegance. The sedan's dynamic proportions are shaped by the sweeping bonnet, short front overhang, long wheelbase and set-back greenhouse typical of BMW.

Like the current 3-series, powertrain and suspension tuning will remain sporty. But for those who want greater control, BMW will offer a three-stage driving-dynamics button similar to that of Audi’s drive select. It will sharpen or soften damping as well as steering, gearbox, and throttle responses.

the new BMW 3-Series Sedan offered four high-torque, refined and fuel-efficient engines, all of which feature the latest BMW TwinPower Turbo technology. They comprise two optimised diesel engines and, on the petrol side, the familiar six-cylinder unit and a new-generation four-cylinder engine offering impressive driving dynamics coupled with substantially reduced fuel consumption and emissions. All the engines are well within the EU5 and US ULEV II limits. And the new Driving Experience Control switch, which is available for all engine versions, provides the opportunity to extend these savings even further when ECO PLUS mode is selected.

The new BMW 3-Series Sedan interior is straight out of the BMW design handbook. The driver-focused cockpit wraps around the driver and puts all the important controls within easy reach. The cockpit is angled towards the driver by seven degrees. The surfaces and lines flow over the instrument panel towards the front passenger side of the cabin, where they form a smooth, protective border. In the driver's area all the lines converge on a single point behind the steering wheel and guide the eye towards the road.

this new line accentuates the dynamic appearance of the BMW 3-Series Sedan because it with eye-catching exterior features in high-gloss black,. Eight heavily contoured black kidney grille slats in a chrome-coloured surround give the front end of the car a particularly sporty and alert look. The black inserts in the front apron make the air intakes appear larger and lend extra emphasis to the muscular wheel arches. 17 or 18-inch light-alloy wheels - depending on the engine variant - in double-spoke design (18-inch items are bi-colour) provide the athletic looks to match. Meanwhile, optional high-gloss black painted exterior mirrors and the standard high-gloss black B-pillar and window guide add an extra sporting flavour to the flanks.

Optional equipment such as a lane-departure warning system, night vision, a system to prevent the driver from nodding off, and radar-based adaptive cruise control with collision-mitigating automatic braking will bring tech features of the 5- and 7-series into the realm of the 3.