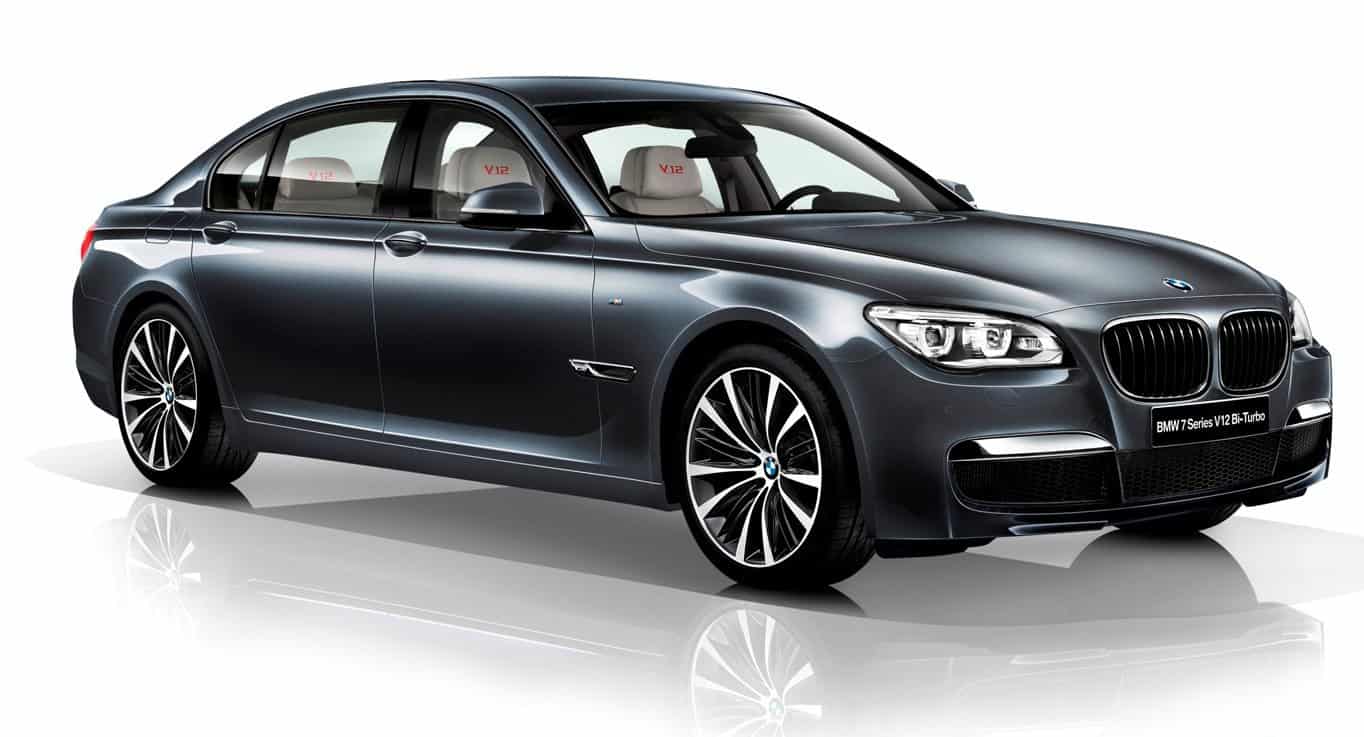 2014 BMW 7-Series V12 Bi-Turbo Special Edition are pinned for production. It is a Limited Edition car with only 52 units of production. This new brand variant of the 7-Series is specifically produced for the Japanese market.

The dark chrome finish for exhaust tailpipes and kidney grille, a ceramic finish for vents and iDrive controller, plus a 16-speaker BangOlufsen sound system which delivers 1200 watts are available for 2014 BMW 7-Series V12 Bi-Turbo.

Inside, the BMW will greet its Japanese costumers with Nappa leather, ceramic finish for the air vents and the iDrive controller and a 16-speaker BangOlufsen sound system good for 1,200 watts. In addition to the M aerodynamic package the car comes with 21 inch V-spoke styled alloys, Nappa leather interiors which are manufactured using piano lacquer technology, the iDrive controller, air conditioning vents and other levers come with a ceramic finish. The Door Sill plate has the V-12 logo and the Trunk lid finisher has the M and V-12 logo.

Under the hood is the twin-turbo V12 6.0-liter engine with VANOS technology producing 554 HP (407 kW). 2014 BMW 7-Series V12 Bi-Turbo will be available in Japan until August before deliveries begin in December. It will be available for the equivalent of $223,000 USD in Japan.