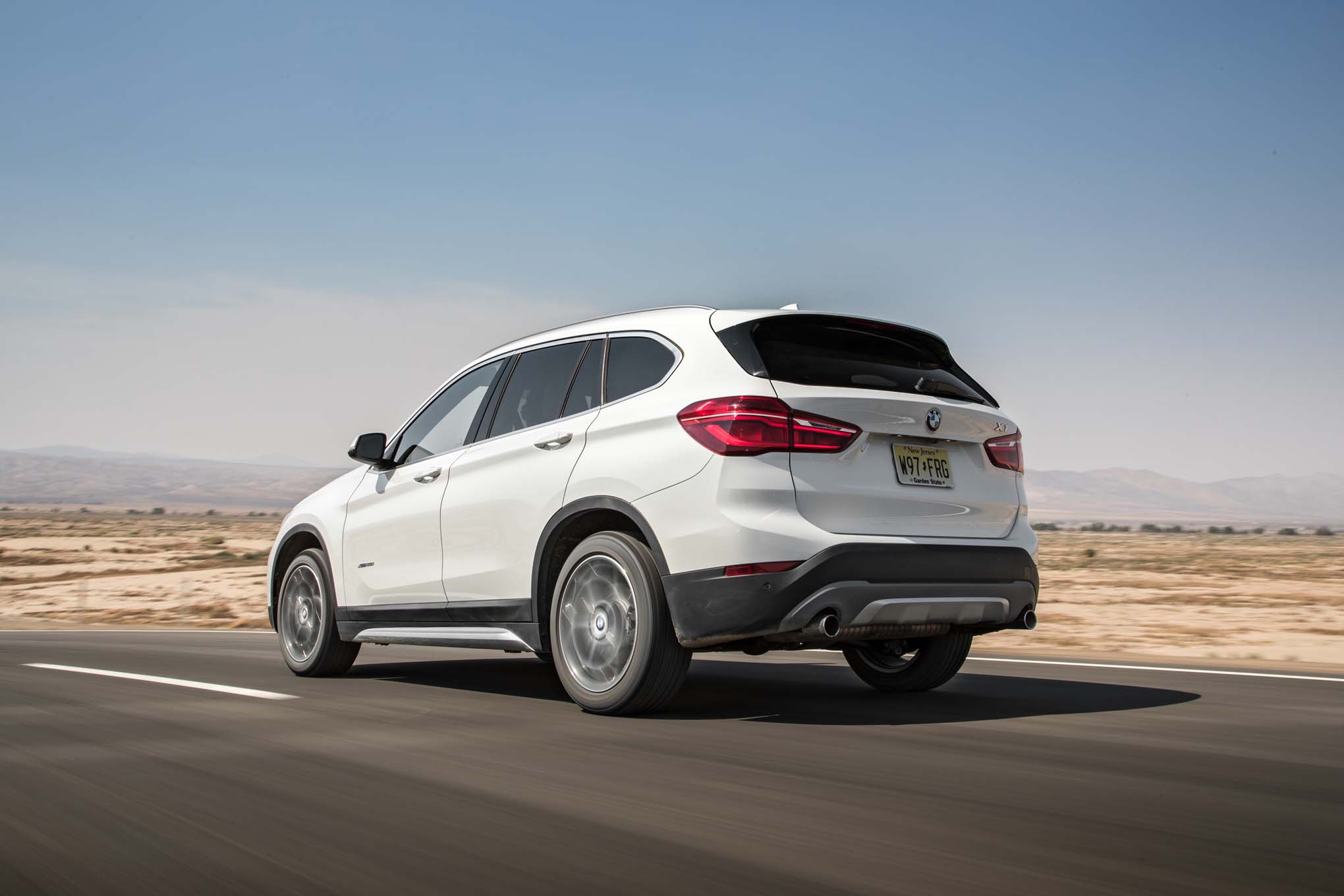 The 2017 X1 is BMW's smallest and most affordable utility vehicle, yet it offers a surprising amount of passenger and cargo space. It delivers trademark BMW quality inside and out, and despite having less power than earlier versions, the X1 still accelerates and handles better than most in its class.

The 2017 BMW X1 is a small luxury crossover that seats five. It's offered in X1 sDrive28i (front-wheel-drive) or X1 xDrive28i (all-wheel-drive) trim levels.

The 2017 BMW X1 is powered by a turbocharged 2.0-liter four-cylinder engine paired to an eight-speed automatic transmission. The engine is rated at 228 horsepower and 258 pound-feet of torque. The X1 is available in either front- or all-wheel drive (the latter includes hill descent control).

In testing, an X1 with 19-inch all-season tires accelerated from zero to 60 mph in 6.5 seconds, making it one of the quicker small crossovers in the segment. EPA-estimated fuel economy is 26 mpg combined (23 city/32 highway). The all-wheel-drive X1 gets 25 mpg combined.