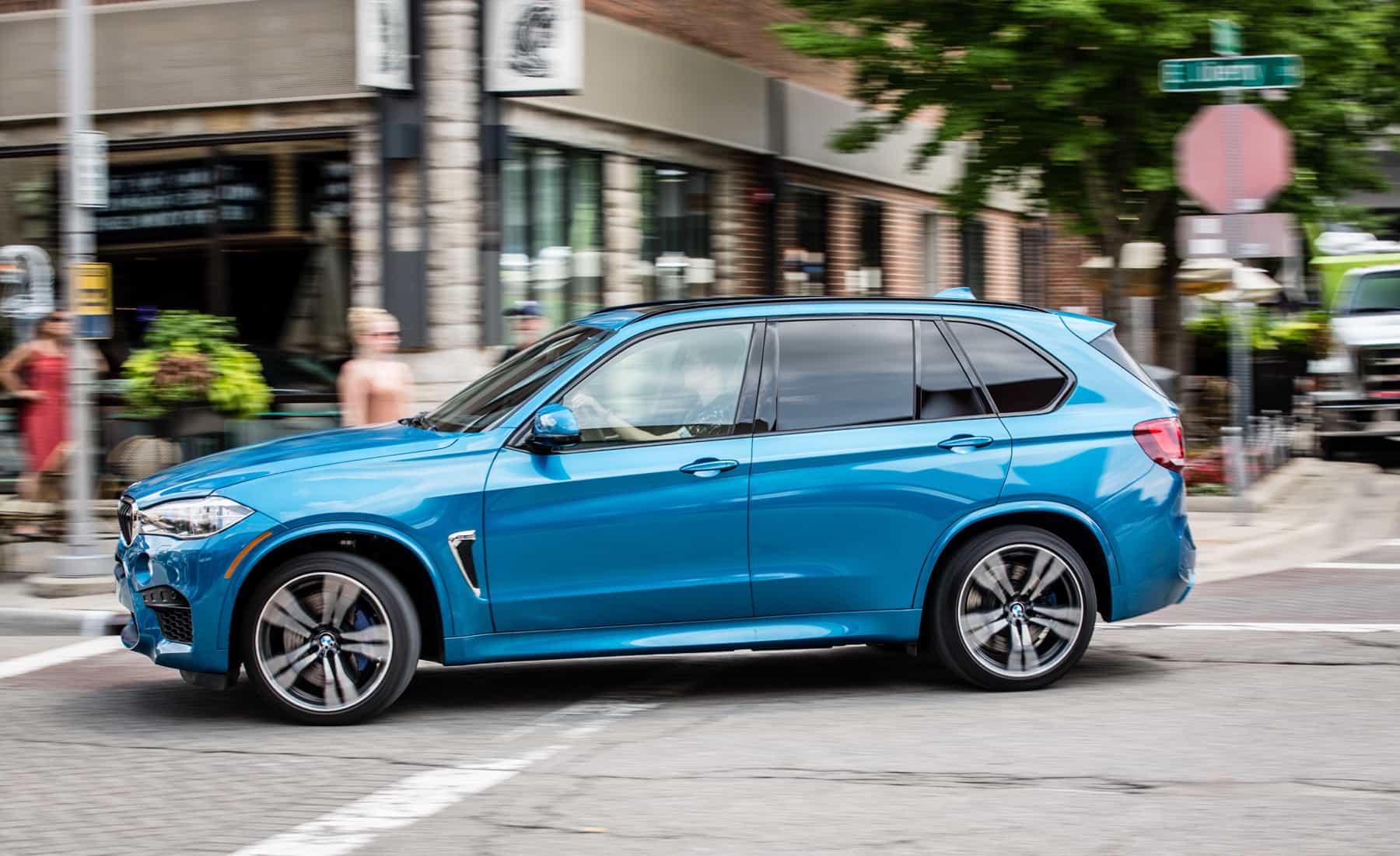 The 2017 BMW X5 M is a high-performance midsize luxury crossover with seating for five. It's offered in a single trim level. The 2017 BMW X5 M returns with an updated iDrive system that includes touchscreen functionality. The Executive option package also now includes a Wi-Fi hot spot and wireless charging for compatible cellphones.

Although SUVs have their strengths, pulse-quickening performance and razor-sharp handling are generally not among them. One major exception to that rule is the 2017 BMW X5 M, an SUV that puts the "sport" back in sport-utility.

In fact it's best to think of this midsize five-passenger luxury crossover as a sport sedan in SUV clothing. Sure,the standard X5's top-of-the-line xDrive50i model is no slouch, thanks to a 445-horsepower V8 that helps deliver claimed 0-60 mph acceleration in just 4.7 seconds. Yet the BMW X5 M ups the ante with a mind-boggling 567 hp that helps this sizable sport-ute make the same run in an astonishing 4 seconds flat. To put this number in perspective, it makes the X5 M just a hair faster than the vaunted BMW M4 sport coupe.

That neat trick aside, we should point out that the xDrive50i and the X5 M don't actually feel that different in everyday driving. Make of this what you will, but it's something to keep in mind before you decide to pay the $16,000 price premium the X5 M commands.

For that extra dough you do get a host of other upgrades that might help balance the equation, including distinctive bodywork, 21-inch alloy wheels, huge brakes and an adaptive sport suspension with active body-roll control. Inside the cabin, X5 M also adds 18-way-adjustable sport seats in front and an M-branded knob for the shift lever.

Even so, there are some other downsides to the X5 M's high-performance calibration besides the price, including a touchy gas pedal that actually makes it hard to pull away from a stop without feeling as if you're launching at the drag strip. The firmer sport-tuned adaptive suspension also produces a slightly less comfortable ride quality. And don't expect to carry more than five passengers; a third-row seat isn’t even offered on the X5 M.

Not surprisingly, there are only a few competitors to choose from in this niche of the SUV segment, which emphasizes a street-oriented high-performance calibration. The list starts with the Porsche Cayenne Turbo, which offers outstanding handling albeit at an even higher price, especially once you start adding options. The Mercedes-Benz AMG GLE63 features a gutsy exhaust note and an impressively turned-out interior. And then there's the Land Rover Range Rover Sport SVR, which offers solid street performance yet still retains off-road capability.

Even among this elite crowd, however, the 2017 BMW X5 M still stands out as one of the few SUVs that's a real alternative to pricey, full-size high-performance sedans.

Cabin technology highlights include a rearview camera, Bluetooth phone and audio connectivity, the iDrive infotainment system with a 10.2-inch central touchscreen and a touchpad-equipped controller, a navigation system, online services (including weather and news), smartphone-app integration, voice controls and a 16-speaker Harman Kardon sound system with a CD player, satellite and HD radio, a USB port and an auxiliary audio input jack.

The all-wheel-drive 2017 BMW X5 M is powered by a turbocharged 4.4-liter V8 rated at 567 hp and 553 pound-feet of torque. The transmission is an eight-speed automatic with launch control.

In performance testing, an X5 M sprinted from zero to 60 mph in just 4.0 seconds, a tenth of a second quicker than the mighty Porsche Cayenne Turbo. EPA fuel economy estimates are 16 mpg combined (14 city/19 highway).