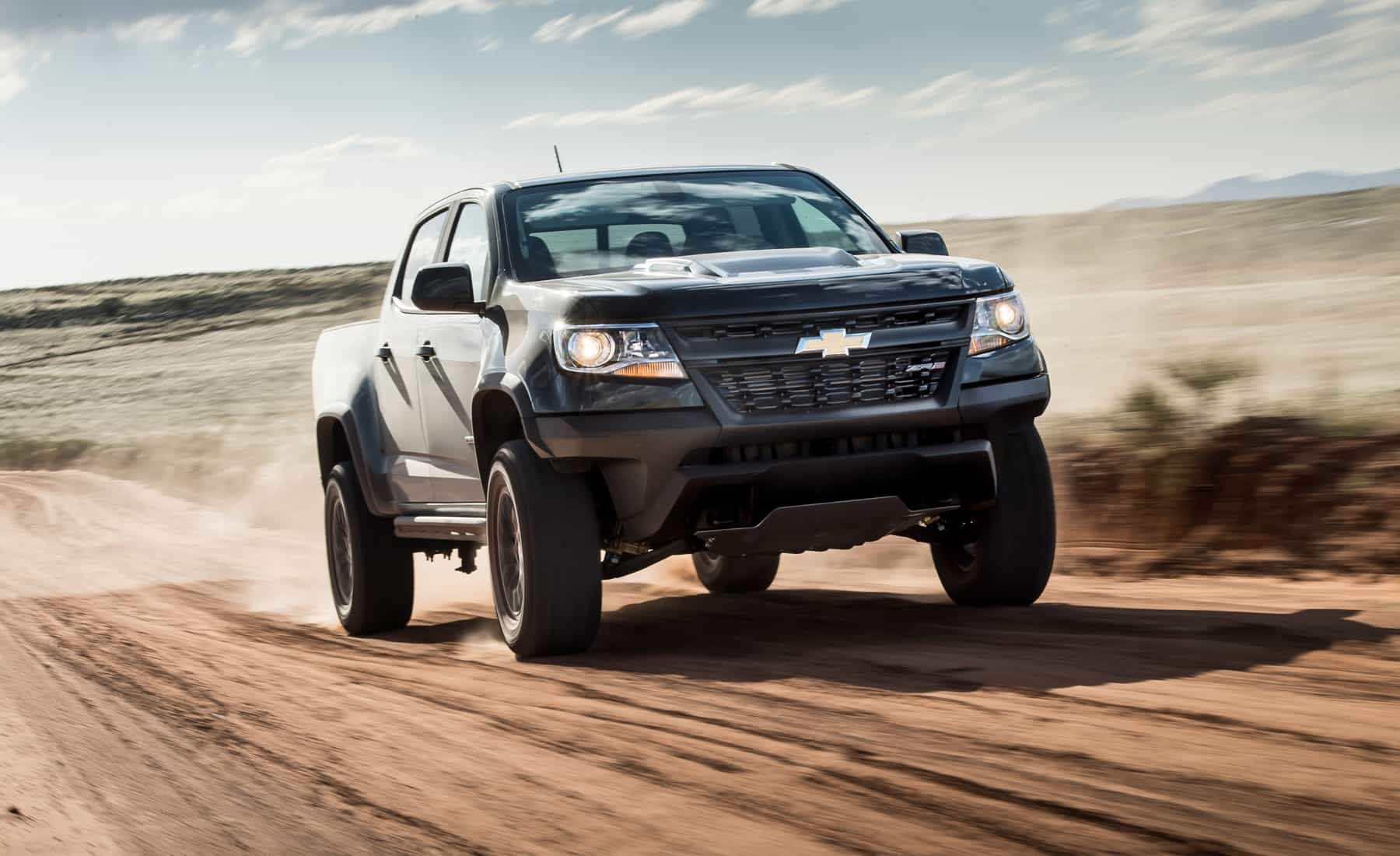 For 2017, the Chevrolet Colorado receives a revised V6 engine that comes paired with a new eight-speed automatic transmission. The V6 is a bit more powerful, though fuel economy ratings do not change significantly. Also noteworthy this year is the new ZR2, which comes with special suspension hardware for vastly improved off-road capability.

The smooth-riding and well-equipped 2017 Chevrolet Colorado is a solid offering in the midsize truck segment. It's not the best choice for heading off-road or for ultimate comfort, but it's easy to drive and has plenty of towing capability.

Although full-size trucks are some of the most popular vehicles in America, trucks such as the Colorado make a great case for themselves as mini-me versions of the big haulers. Available with three different engines and an array of cab and bed configurations, the 2017 Colorado is a midsize truck that can get all sorts of jobs done.

A plus for midsize trucks such as the Colorado is their maneuverability. Though they may seem only marginally smaller than full-size trucks (such as Chevy's Silverado), they're much more nimble and versatile in the city. Plus, the Colorado can tow up to 7,700 pounds — that's more than enough for the typical trailer.

The 2017 Chevrolet Colorado is a midsize pickup offered in two- and four-seat extended-cab and five-seat crew-cab body styles. There are two bed lengths and five four trim levels: Base, Work Truck (WT), LT, Z71 and ZR2. For a no-nonsense truck, the Base and Work Truck models will likely hit the spot. The better-equipped LT offers extras such as Apple CarPlay and 4G LTE Wi-Fi hot-spot connectivity, while the top-of-the-range Z71 combines some basic off-road prowess with top equipment. Lastly, the ZR2 has significant suspension and body modifications that give it significantly greater off-road capability.

The entry-level model, known simply as Base, covers the truck basics without much in the way of extra fluff, but it still has a decent amount of equipment. It's offered only as an extended cab, and standard features include a 2.5-liter inline four-cylinder engine (200 horsepower and 191 pound-feet of torque), a six-speed manual transmission, air-conditioning, vinyl upholstery and floor covering, a four-way power driver seat with manual recline, front bucket seats, a tilt-only adjustable steering wheel, power windows, a rearview camera, and a six-speaker sound system with a 4.2-inch display.

There aren't too many changes when you step up to the Work Truck (WT) model, but it does come in both extended-cab and crew-cab body styles and adds fold-up rear jump seats (extended-cab models only), cloth upholstery, carpeting and floor mats.

The major difference between the Base and Work Truck trims is the latter's exclusive list of desirable options. Essentially you can equip the Work Truck with a few tech items, optional engines and exterior trim that makes it feel less basic. From the WT level on up, you can get a six-speed automatic transmission for the base four-cylinder or one of the Colorado's two optional engines: a 3.6-liter V6 (308 hp and 275 lb-ft) paired to an eight-speed automatic transmission or a 2.8-liter turbocharged four-cylinder diesel engine (181 hp and 369 lb-ft) paired to a six-speed automatic.

If you don't want to sort through all the WT's options sheets, you can simply spring for the LT, which gets you most of the above items, plus 17-inch alloy wheels, a leather-wrapped tilt-and-telescoping steering wheel, an 8-inch touchscreen, satellite radio and two additional USB ports.

More options are available for the LT, with the most notable ones being heated front seats, automatic climate control, and forward collision and lane departure warning systems.

For more luxury accoutrements and mild off-road ability, the Z71 is the next step up. It comes standard with most of the LT's optional equipment, plus it adds dark-tinted 17-inch alloy wheels, all-terrain tires (instead of all-season tires), an off-road-oriented suspension, a locking rear differential, hill descent control, unique cloth and simulated leather upholstery, and other model-specific trim pieces. And as a final touch, the LT and Z71 also offer a seven-speaker premium Bose audio system and a navigation system (an enhancement of the standard 8-inch MyLink interface).

Even with the off-road-oriented suspension, the Z71 is still more oriented toward street use. For more ability off the beaten path, the ZR2 is your truck. The ZR2 has a raised suspension with special dampers, bigger all-terrain tires, fender flares, special bodywork for improved approach and departure angles and an electronically locking rear differential. Chevy offers the V6 or the diesel engine for the ZR2.