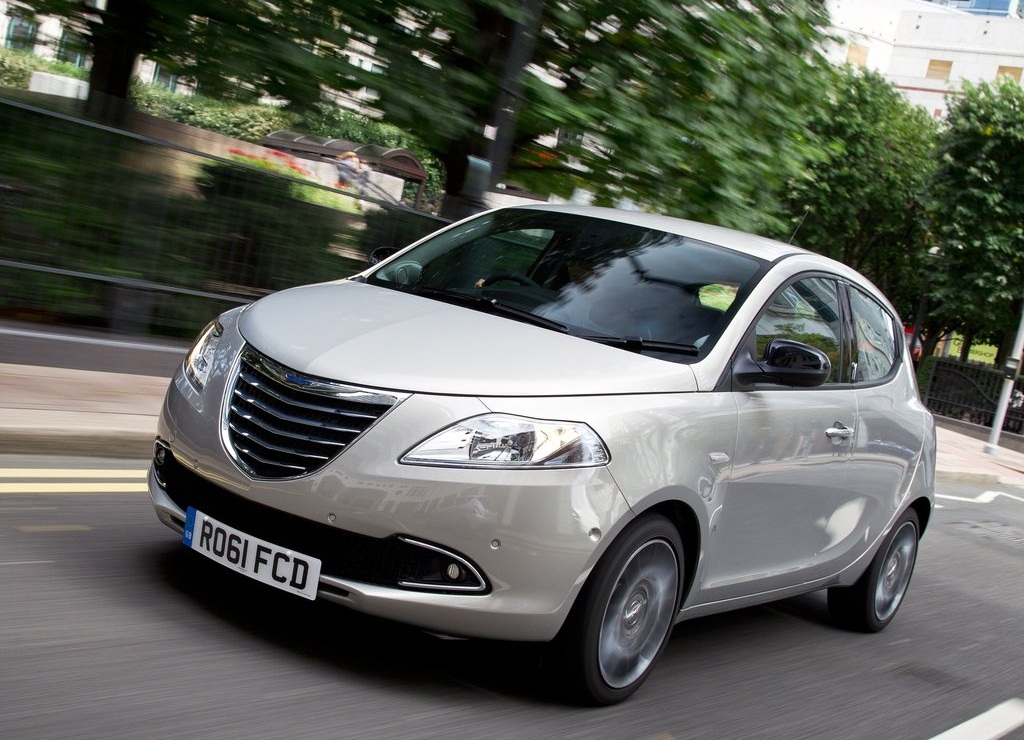 The new Chrysler Ypsilon is a mix segment of cutting edge technology, leading style, eye-catching design and world class engines. All this is incorporated in a 3.8m long 5dr vehicle that's shorter than most of its rivals.

The new Chrysler Ypsilon is more environmentally friendly models with the luxurious character traits of its bigger cars.

Although the Chrysler Ypsilon just 384cm long and 167cm wide, it is smaller than many of its supermini rivals. Yet it has one of the largest luggage capacities in its segment and is one of the best in class when it comes to passenger space. And it manages to cloak all this in an exterior that exudes a uniquely elegant style for such a compact car. With a five-door body shape that has the appearance of a sporty three door thanks to hidden rear door handles, the Ypsilon combines practicality with good looks.

At the front of Chrysler Ypsilon, and unusually for a supermini, powerful, projector-type headlights sit either side of Chrysler's new shield grille. These give the car a sophisticated appearance and make it seem wider than it actually is.

At the rear of Chrysler Ypsilon, LEDs are used to draw minimum power from the battery while creating the maximum impression. The lights have been developed with Magneti Marelli Automotive Lighting, and at the front feature integrated Daytime Running Lights (DRL) which automatically turn on when the engine is started. The rear reversing light and fog light sit below the back bumper, neatly protected from the knocks that go hand in hand with urban motoring.

The new Chrysler Ypsilon integrated with stylish European designed interiors. The Interior materials don't just give the illusion of comfort. An all-new roof lining reduces noise inside the passenger compartment by 2 decibels (dB). To demonstrate the significance of that improvement, a reduction of 3dB equates to a 50 percent drop in noise.

The rear seats, each with three-point seatbelts, have been designed to be as supportive as a larger car's. And the front pair use new 'slim seat' technology for the first time to increase leg space for rear passengers.

The new Chrysler Ypsilon is available three engine options , two petrol (1.2-litre Fire and 0.9-litre TwinAir) and one diesel (1.3-litre MultiJet).  All come with the StartStop system as standard and all are Euro 5 emissions compliant. In the TwinAir model, a semi-automatic five-speed gearbox can be specified. All other models feature a five-speed manual transmission. All engines combine power with economy to ensure the Chrysler Ypsilon isn't just environmentally responsible and therefore economical to run, it's effortless to drive too.

all of 2012 Chrysler Ypsilon