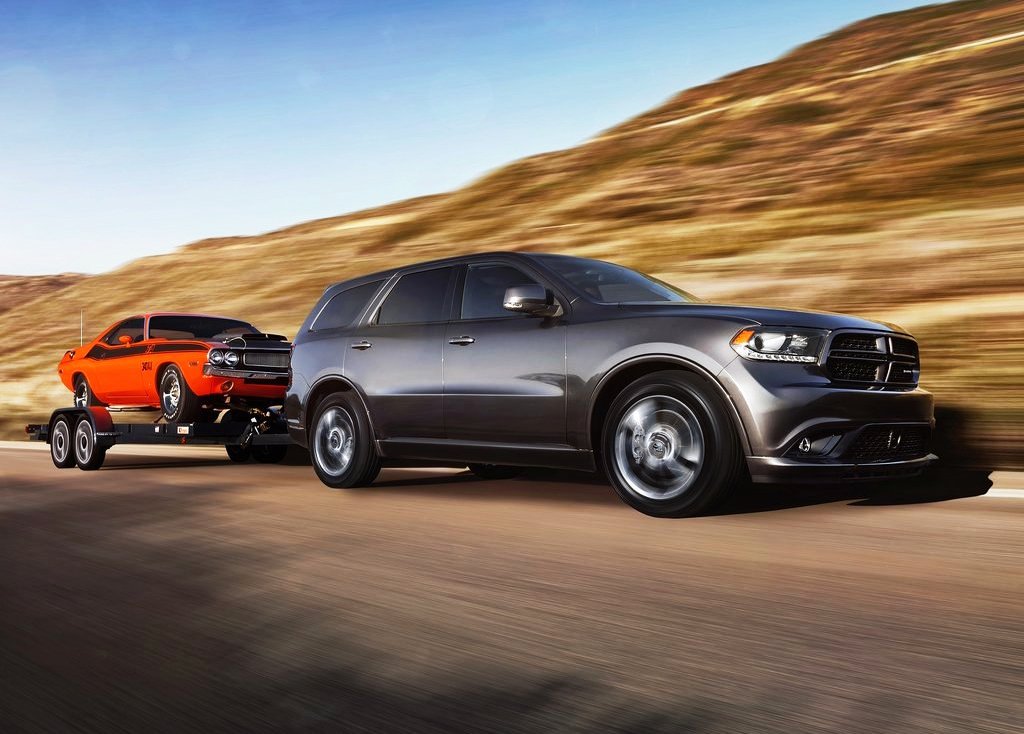 Dodge introduces the 2014 Dodge Durango at the 2013 New York Auto Show. This new SUV car is built with Innovation and style. The new thing is the standard transmission new state-of-the-art class-exclusive eight-speed automatic that improves fuel economy by 9 percent. 2014 Durango is available in five trim levels: SXT, Rallye, the new for 2014 Limited, R / T and Citadel.

Durango gets a new front fascia and new projector headlights with LED running lights optional. New front-end design features new fog lights and projector fog lamp surrounds and matching textures crosshair grille. higher front bumper, a new lower fascia for 2014 Dodge Durango provides a more aggressive appearance. In line with the Dodge Charger, the side profile Durango maintain strong shape, accented by muscular fender arches and curves that flow back through the door. The back of the Durango which saw the addition of LED tail lamp design dramatic racetrack inspired by the Dodge Charger and Dodge Dart.

Durango is providing the latest technology and UConnect wireless connectivity in vehicles, nimble versatile flexible spacious with three rows of seats for passengers and their gear. With the standard three rows of seats and interior seating flexibility, Durango is also attractive to buyers who are looking for a full-size crossover.

Dodge Durango 2014 release with the hope to continue their SUVs in the United States that showed tremendous growth. Compete in the new Durango full-size SUV segment, which with 900,000 units sold in 2012, has jumped 82 percent since 2009. The 2014 Durango will go on sale in the third quarter. Pricing is not announced.

Reid Bigland, Dodge brand President and CEO said, "When the Durango was first launched in 1998, it represents a breakthrough in power, size and style. Now for 2014, we are upping the ante by making it our most technologically advanced, fuel-efficient and Durango dramatic style ever. With many class-exclusive features and best-in-class attributes, the new 2014 Durango is a no-compromise final full-size SUV. "