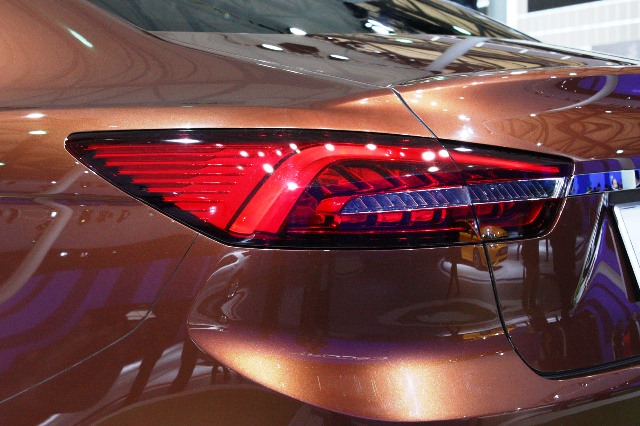 2013 Ford Escort Concept has revealed at the 2013 Shanghai Motor Show and will be a compact four door sedan in its reincarnation. Ford Escort looks to help Ford gather more sales in the emerging Chinese market. Hopely, Escort will give Ford a leg up.

Jim Farley, Ford’s executive vice president for marketing and sales said, "By listening to our customers in China, we have developed the Ford Escort Concept to serve a new class of compact car customers. These are customers whose needs are not being completely met by existing compact cars. They are discerning, modern families, who want uncompromised functionality, quality and safety for themselves and the ones they care about."

John Lawler, chairman and CEO, Ford China said, "The 2013 Ford Escort gives an indication of how we could expand our offerings to compact car customers and further solidify our commitment to growing our presence in China. Combined with the new Ford Mondeo, our terrific SUV lineup and the best-selling Focus, you can start to see what our lineup will look like when we reach our goal of bringing 15 new vehicles to China by 2015."

The Escort name brings back memories of the 60’s and 70’s cars that were popular rally racing cars or the popular selling cars from the 80’s and 90’s. The nameplate is still very big in China where older cars command a premium.

Ford designers started by adding length and then sculpting the vehicle with elegant lines to give it a natural flow. The longer profile creates more room for a comfortable and spacious interior while maintaining harmonious proportions. It's roomy interior, attention to detail, and precise and refined surface language really give the concept car its harmonious aesthetics, where desirable is actually attainable.

Escort Concept is the latest example of Ford Motor Company’s commitment to China, and follows the recent introduction of the new Mondeo and at Auto Shanghai 2013, and the latest launches of the all-new EcoSport and Kuga. Ford also has been expanding its dealer network in China and further developing its supply chain to deliver 15 vehicles by 2015. Price will start around $17,000.

Below are other pictures of 2013 Ford Escort. Thank you for visit 2013 Ford Escort Concept Revealed at China With $17,000. See also other cevpu.com‘s review, such as 2013 Toyota ME WE Concept | Anti Excess Electric Cars.