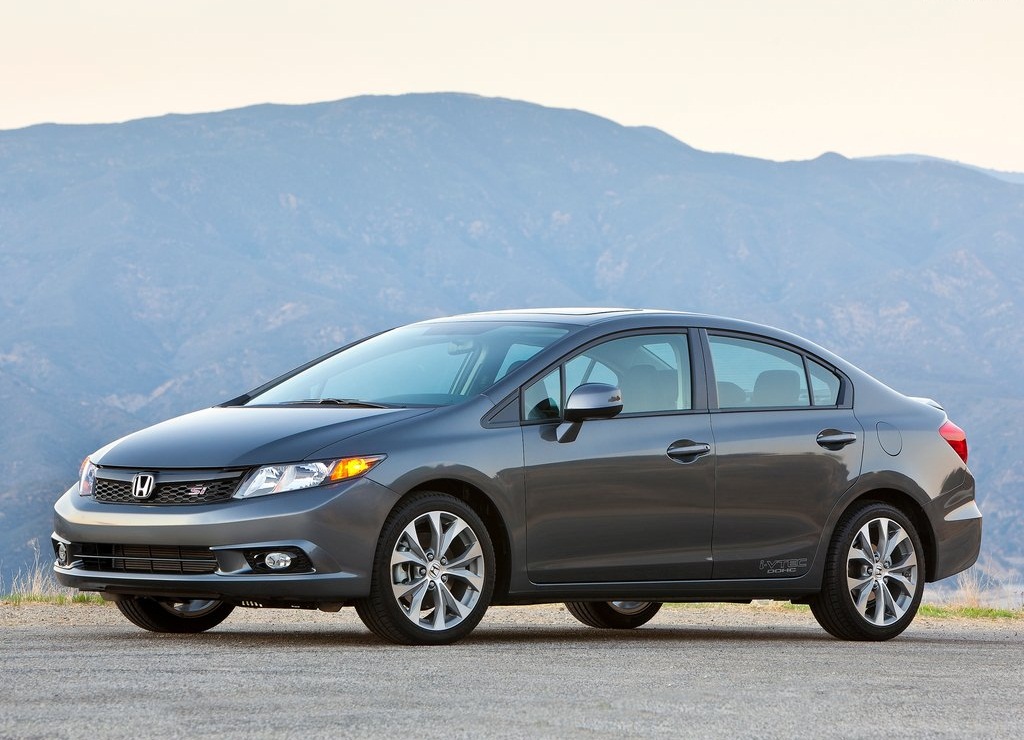 The all-new 2012 Honda Civic Si Sedan had earned a reputation for being a fun-to-drive compact that is simultaneously fuel efficient, sporty, stylish and durable. and also the Honda Civic has become a beloved and relied-upon member of the worldwide transportation family.

Honda Civic Si Sedan embraces the fundamental concept of a "futuristic and distinctive compact," a direction that introduces new values that reach ahead of present-day needs and elevates the experience that Honda Civic represents.

Major strides include improvements to refinement throughout, increased fuel economy on all models, the further addition of interactive technologies for personalization and convenience, along with enhancements to performance, ride and interior packaging.

More of what you need. Under the hood for 2012 is a 2.4-liter, 16-valve, DOHC i-VTEC® engine that produces 201 horsepower and 170 lb-ft of torque. That's a 22 percent increase in torque over the previous generation of Si engines. The smooth-shifting 6-speed manual transmission is perfectly paired with the Si's helical limited-slip differential for the utmost in handling and control.

Aerodynamic Styling - As a new interpretation of the Honda Civic high-energy appearance. The exterior styling Civic Sedan showcases the clean-yet-powerful body lines with sleekly angled windshields, wide stances and pronounced character lines along the profile. The look of the Civic Coupe conveys an aggressive attitude with a more angular front fascia, mesh grille and a tapered rear roofline that flows smoothly into the trunk. Hidden aerodynamic features such as flat-bottom unit-body construction, precisely placed aero strakes, and other features work together to help the Honda Civic achieve excellent fuel-economy.

The Honda Civic Si Sedan has a interior concept with every control of note easily within the driver's reach. Comfort, smart and driver focused, the new Civic's 5-passenger interior is a careful blend of form and function, with an advanced instrument layout that is unique in its class. A number of fresh displays have been added, including a sequential rev-limit display to the left of the speedometer. To the right of the speedo is what Honda calls the the intelligent Multi-Information Display (i-MID) screen, provides a 5-inch color monitor for the display of vehicle information and audio information including album artwork.

all about 2012 Honda Civic Si Sedan