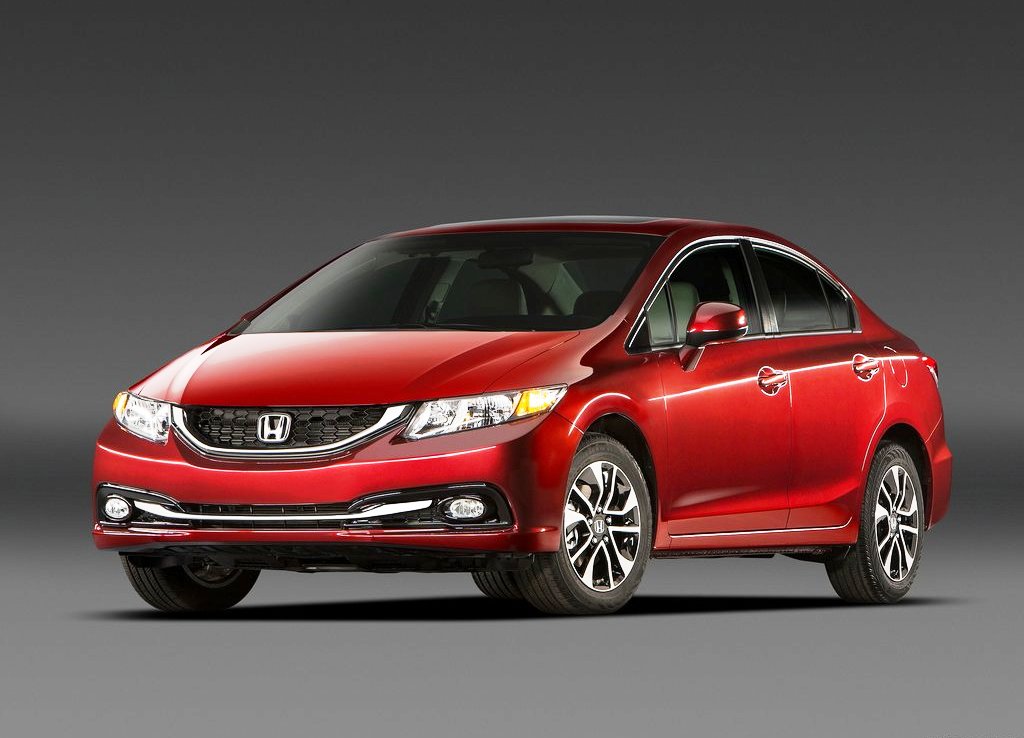 part of the Honda Civic Sedan has gained a soft touch material on the instrument panel and upper door treatment. Fine silver accents lend the interior a high-quality look, along with the door panels and upgraded seat fabric. Provide a more upscale, black carpet and trunk lid finisher is now standard on all Civic models.

Powertrain similar to that offered by the 2013 Honda Civic Coupe.