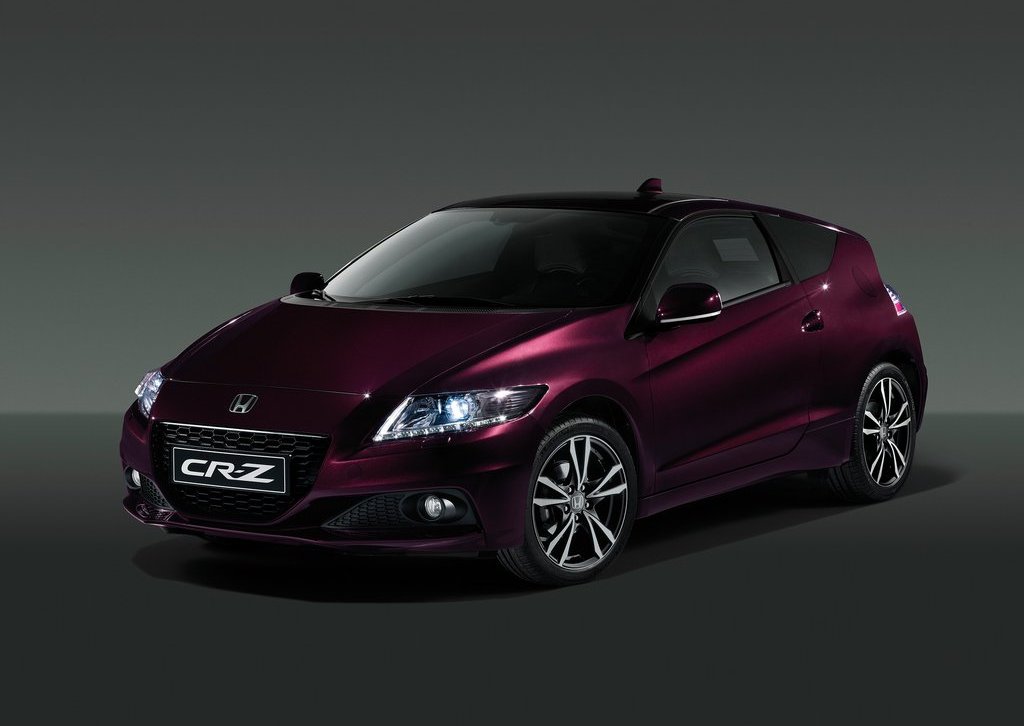 Honda has updated generation of hybrid cars by launching the 2013 Honda CR-Z at the 2012 Paris Motor Show. Subtle revisions to the exterior and interior car styling while improving the strength of both the gasoline engine and the electric motor has been increased to 137 PS. according to the news there, the Honda CR-Z will go on sale in January 2013.

2013 Honda CR-Z is equipped with a Lithium Ion battery for the first time, and Sport Plus (S +) increases the system to help the driver make the best use of the sporty performance. 1.5-liter gasoline engine Honda CR-Z has been updated with changes to the variable valve timing system and the Engine Control Unit (ECU). Integrated Motor Assist (IMA) hybrid system now provides a combined output of 137 PS at 6600 rpm (+13 hp) and 190 Nm of torque (+16 Nm). Ran 0-62 mph time of 9.7 seconds falling to 9.0 seconds and top speed is 124 mph. Combined consumption of 56.5 mpg and 116 g / km CO2.

The new Honda CR-Z is identified with various styling upgrades that emphasizes the sporty coupe appeal. Two new colors are bold, energetic and Aurora Yellow Violet, further enhance the stylish appearance of the CR-Z. the rear with a new diffuser aerodynamic design, while striking 17inch alloy wheels fill the wheel arches of the GT model.