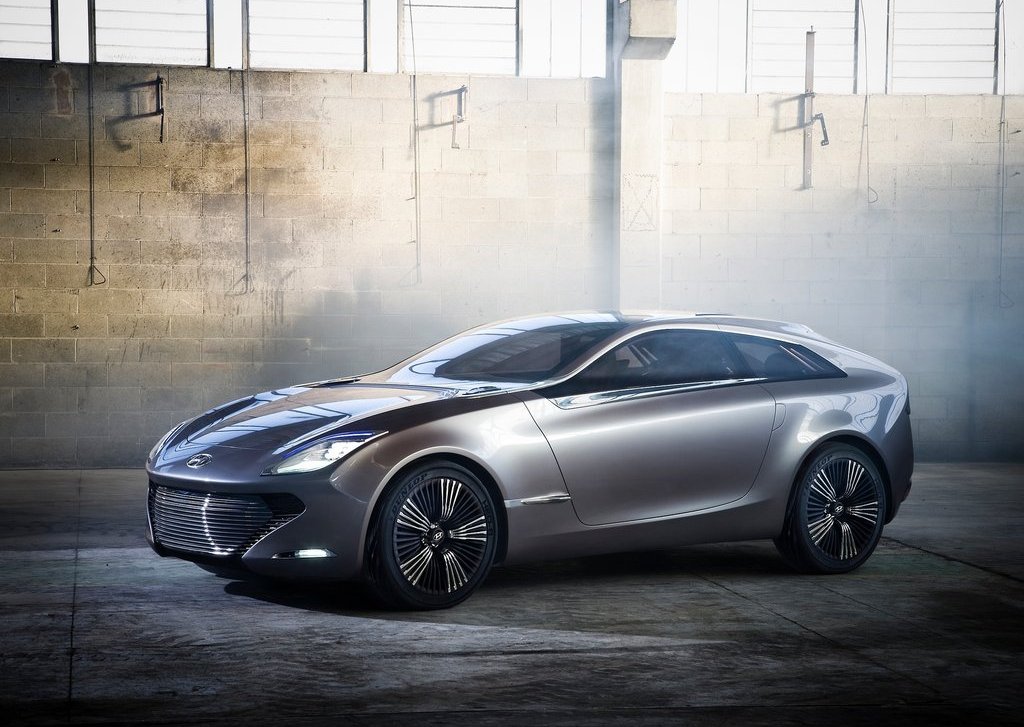 2012 Hyundai i-ioniq Concept launched at 2012 Geneva Motor Show. This vehicle featuring new technologies and designs that provide the impression of thinking the future of Hyundai Motor.

Hyundai i-ioniq interior offers a comfortable and luxurious room. Dashboarda and geometry of the center console have been placed on driver comfort. Spacious rear cabin has been designed as "a comfortable waiting room" to ensure occupant comfort.

Hyundai i-ioniq designed and developed by Europe Hyundai, in Germany. Two curved trajectory is a key theme behind the i-oniq, creating a strong and humorous contrast between sharp character lines and features a soft but muscular. Profile of the front fender line running from front to back, emphasizing the appearance of 2012 Hyundai i-ioniq Concept, while offering maximum visibility to the residents.