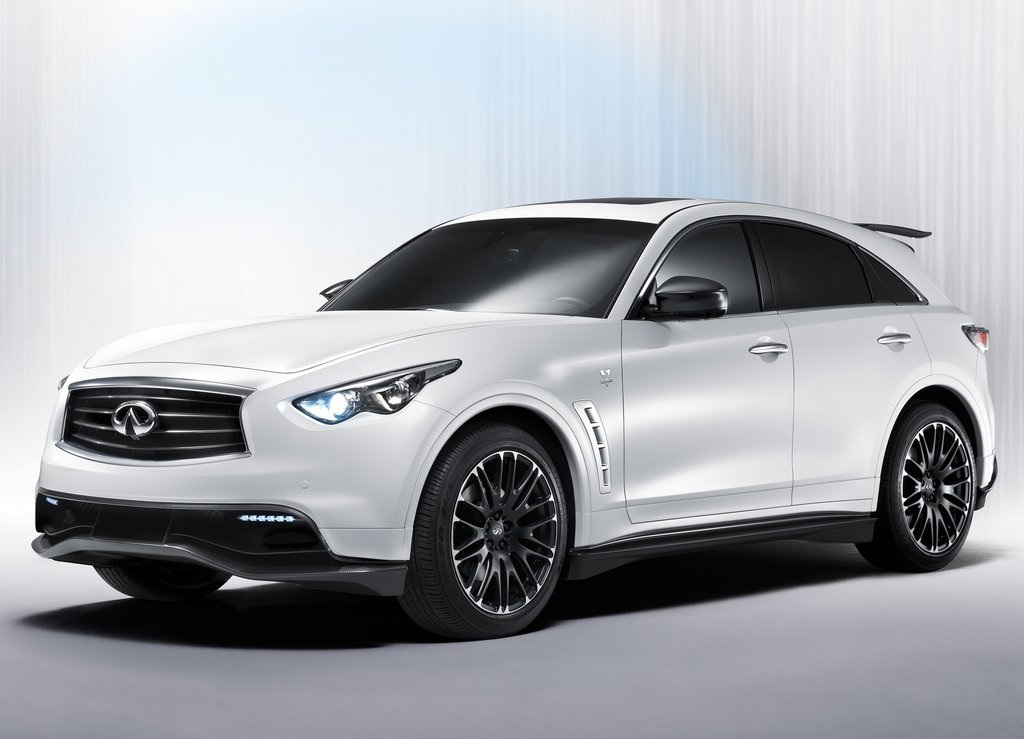 The Infiniti FX designed for reigning Formula One World Champion Sebastian Vettel is unveiled at the 2011 Frankfurt International Motor Show. With its sophisticated technology, lightweight components and features such as Rear Active Steering for maximum agility, the V8 FX50S Premium - Infiniti's flagship as well as its best-selling model in some markets - provides the ideal starting point for the Infiniti FX Sebastian Vettel version.

Changes including increased power, lower weight, derestricted top speed, longer gearing, increased downforce and lowered and stiffer suspension turn what is already a sports car among crossovers into a crossover supercar - the 300km/h reality of the World Champion's vision.

Infiniti FX revised aerodynamics profile is the result of changes made by Infiniti designers and engineers after meetings involving Sebastian and Red Bull Racing personnel.

Riding 20mm lower than standard and featuring a more aerodynamic, as well as more distinctive, Essence-inspired grille, the most obvious change is the addition of a carbon rear wing. Tests show that it delivers everything that its looks promise - and Sebastian sought - in terms of increased downforce, and stability, at the 300km/h speeds of which the Infiniti FX Sebastian Vettel version is capable.

the luxury fittings, Special seats, with extra support, are covered in black quilted suede cloth finished with purple stitching and special "SV" logos. The material also features on the pillars, roof lining and sun visors. The comprehensive features including Connectiviti+, one of the car world's most complete and easily understood infotainment systems, and the FX's award-winning range of safety technologies are all included. As standard of course. Infiniti believes that no one should be forced to pay for expensive extras - not even World Champions.

With an already potent 5.0-litre V8 under the bonnet done to enable to hit Sebastian Vettel's maximum speed target of 300km/h. The first job was to free the car of its speed limiter which electronically restricts all other FXs to 250km/h. Even in standard form, with the VVEL V8 producing 390PS at 6500rpm, the car has plenty of performance beyond its artificial top speed, but even so more power had to be found to deliver 300km/h.