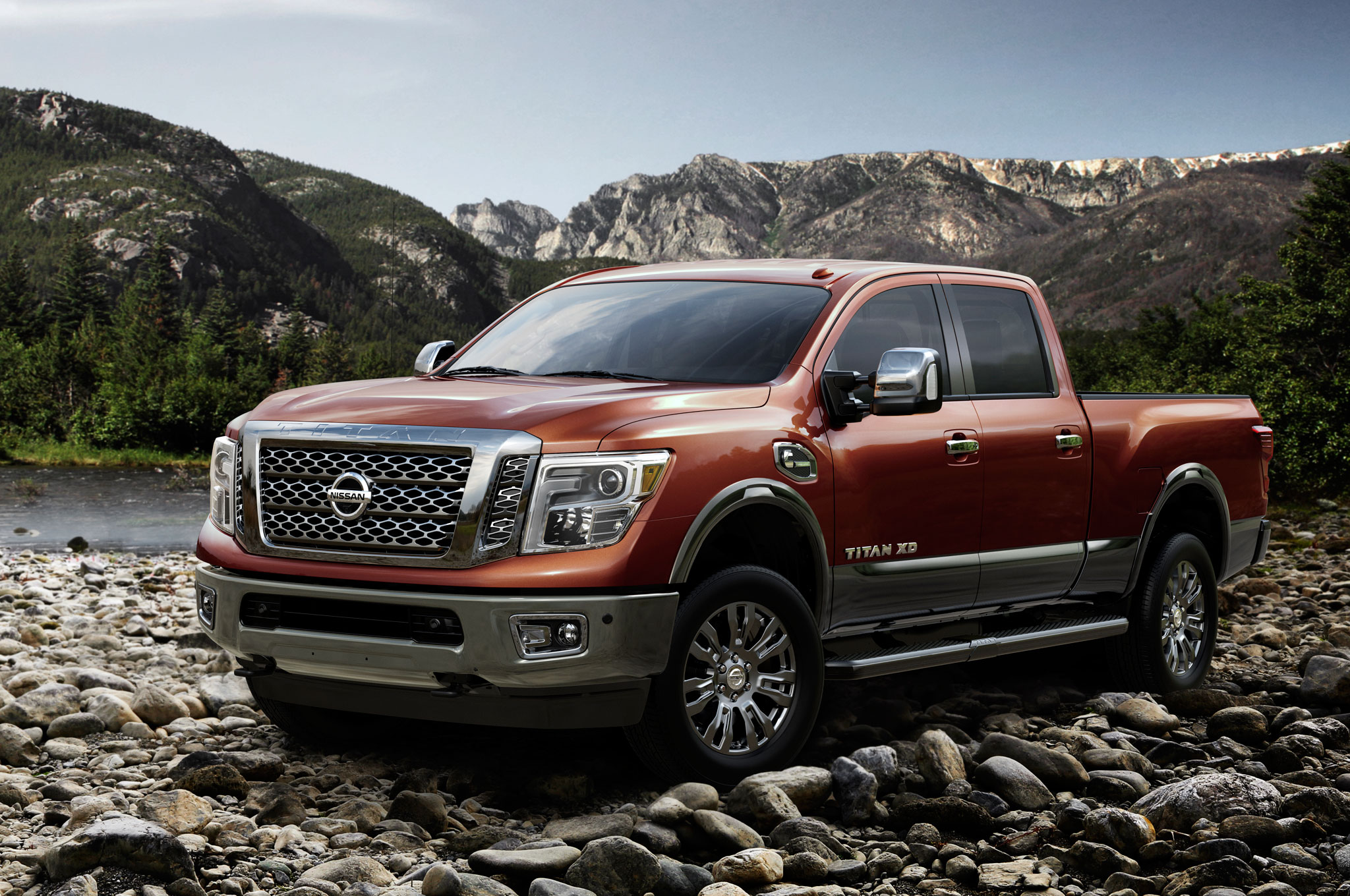 There's a new Japanese heavy duty truck on the block in the form of the fully redesigned Nissan Titan XD. With its bold design, american diesel V8 power, and impressive capabilities, the all-new 2016 Titan promises to offer all of the truck hauling abilities of its American rivals. If you are looking for a nearly 3/4 ton truck that is different from your neighbors, the Titan fits the bill quite nicely.

Long relegated to the back of the pack, the 2016 Nissan Titan has new duds that finally give it a fighting chance. A 5.6-liter V-8 makes 394 lb-ft of torque and mates to a seven-speed automatic and rear- or four-wheel drive. Supportive seats and a quiet cabin make the Titan practical and comfortable for cruising the highway as well as the job site, and it can tow up to 9390 pounds. The crew cab with a 5.5-foot bed is available now; single- and king-cab models, plus 6.5- and 8.0-foot beds, arrive in 2017.