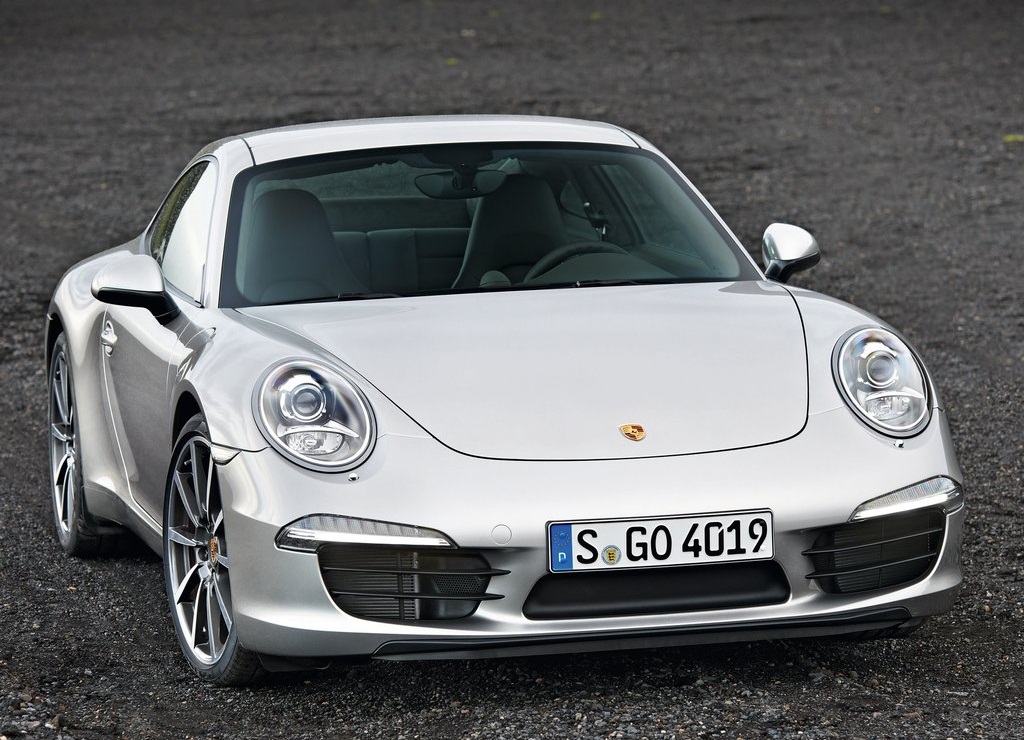 The distinctive Porsche 911 Carrera S design exudes power and elegance. The unmistakable silhouette still catches the eye while incorporating new, exciting contours and precisely designed details; a 100mm longer wheelbase for improved stability and greater interior space; front and rear overhangs are shorter, maintaining the compact footprint that has been a longstanding 911 attribute; the sporting stance is emphasised by the lower roof line and a wider front track increases on-road presence further still while raising the renowned chassis dynamics.

The new Porsche 911 Carrera S offers better acceleration in a straight line goes without saying, but it also offers top performance at an unprecedented level across the entire dynamic repertoire. In addition to the longer wheelbase, the greater agility, precision and driving stability are based, among other things, on the wider front track, a new rear axle and new electro-mechanical power steering.

The Porsche 911 Carrera S is given further dynamism with a 100mm longer wheelbase, reduced height, and up to 20-inch diameter alloy wheels. At the same time, the typically compact exterior dimensions have been retained.

Seen from the front, the eye is drawn to the trademark wide-arched wings, emphasising the wider front track and making the new 911 Carrera models adopt a particularly sporting stance on the road. The redesigned exterior mirrors are now mounted on the upper edge of the door and not as before on the mirror triangle. Not only is this aerodynamically advantageous, it also emphasises the new design line and visual impression of width.

The Porsche designers created an interior style that now driver even more closely integrated with the cockpit thanks to the centre console rising up to the front with the high-mounted shift lever - or PDK gear selector - located close to the steering wheel in typical motorsport fashion. Classic Porsche style elements are also to be found inside, just as they are on the outside. For example, the instrument cluster with five round instruments, with the central dial naturally the rev counter. On the right is a new, high resolution multi-function screen, just one of the comfort features added to meet evolving customer demands.