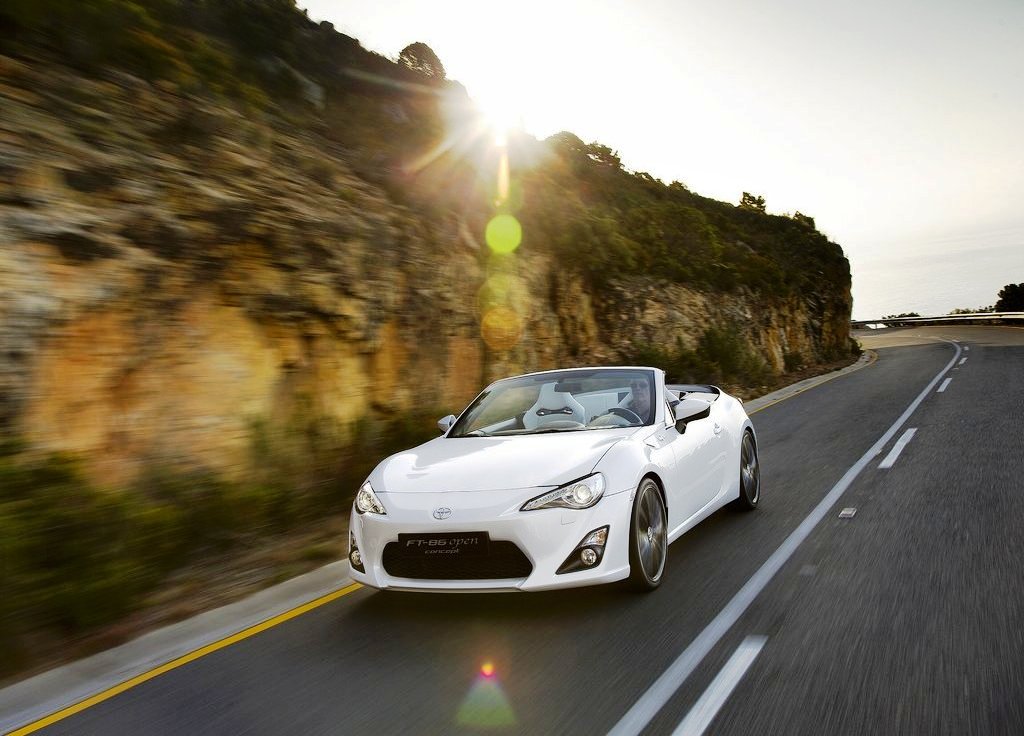 Toyota will reveals the new 2013 Toyota FT-86 Open Concept at the 2013 Geneva Motor Show. Although only in a concept, but some details about the car that much to say as the Toyota GT 86 successor has been widely circulated. This car that is included in the convertible segment has tremendous boxer engine. Appearance of exterior and interior design as well as alluring. Stiffness, balance, weight and aerodynamics are additional work on this car.

Toyota FT-86 Open Concept is a convertible vehicle that sporty supercar breath. This car is showing a multi-layered fabric roof with a glass rear screen that automatically retracts behind the two rear passenger seats. Color display with white exterior and roof exclusively with bright blue and white fabric with yellow trim. This car show proportions. Length is 4240 mm, width is 1775 mm, height is 1270 mm, and the wheelbase long is 2570 mm.

This concept car offers 2 + 2 seats that are very comfortable. They are wrapped with cloth exclusive white. While, the carpet shows golden yellow color. We can feel the atmosphere is so fun when we sat in it. Passengers will feel one with the road, because the structure is designed with a perfect body.

Under the hood of this car is a 2.0-liter flat-four 'boxer' engine with 200 bhp. The engine is mated to a 6-speed automatic transmission with paddle shift of the fastest in the world, which is only 0.2 seconds.