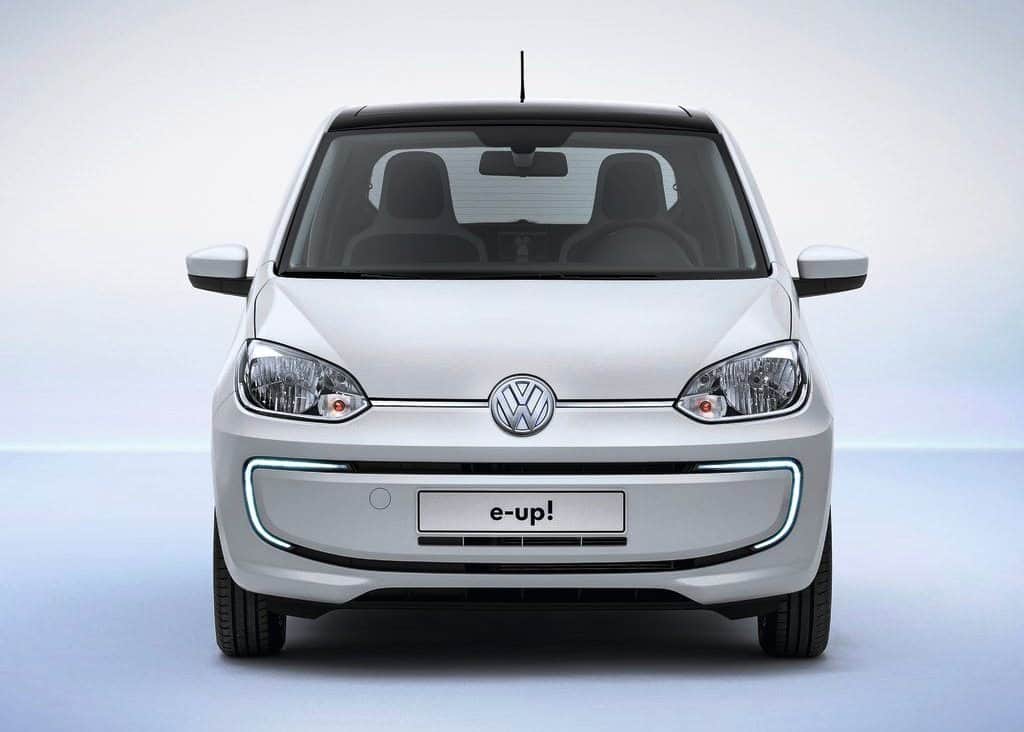 Volkswagen has been preparing for the production of fully electric vehicle, the new 2014 Volkswagen E-Up. Here a four-seats vehicle that intended for future projections. Compared the VW Eco Up earlier, the new 2014 E-Up comes with zero noise. A car for everyday use in the city.

Stylish and high quality seen in the exterior 2014 Volkswagen E-Up. One of the distinctive exterior feature is the curved layout of the LED daytime running lights in the front bumper. Aerodynamic system also has been optimized for great engine performance.

Interior presented with quality materials. four seats covered by a layer of gray with a contrasting blue. Special leather and chrome accents have been used to convey the impression that matches puristic concept fully electric urban car vehicle, VW E-Up.

2014 Volkswagen E-Up is supported by a 40 kW/55 PS powertrain with a maximum torque of 210 Newton meters. This car accelerates from 0 to 100 km / h in 14 seconds and reach a top speed of 135 km / h. Integrated lithium-ion battery in the underfloor area has a total energy storage capacity of 18.7 Kilowatt-hour (kWh), this means that the car can cover up to 150 km. battery can be recharged to 80 percent of the energy storage capacity in 30 minutes.

2014 Volkswagen E-Up has been shown for the first time at the 2013 Annual Press Conference and Investor Volkswagen in Wolfsburg. furthermore, it will celebrate the premiere fair in 2013 International Autoshow in Frankfurt and it will go on sale in 2014. Prices have not been confirmed, but expect it to cost from around £ 21,000.