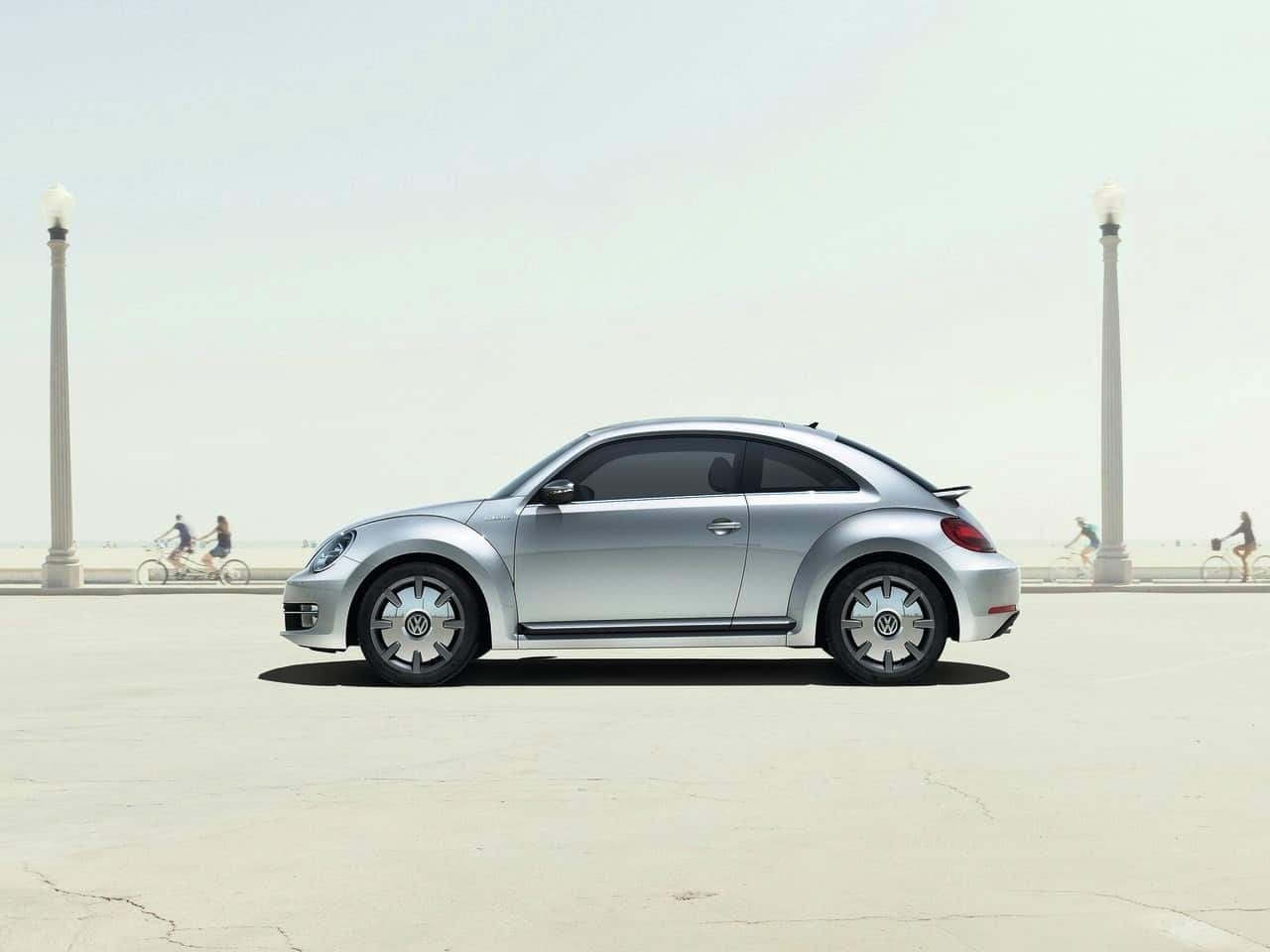 2014 Volkswagen iBeetle has unveiled at 2013 Shanghai Motor Show. VW iBeetle developed with the addition of one of the integration of Apple products, the iPhone 5. Apple iPhone 5 could be used as a navigation system, for telephone calls and for music. The iBeetle will be available in the U.S. late this year.

In 2013, two different products together to expand their market. iBeetle from Volkswagen and iphone 5 from Apple. Volkswagen offers two different ways to get innovative interface between the iPhone and the Beetle. First, as an optional feature. Second, as a new standard feature conceptualized iBeetle and iBeetle Cabriolet. German carmaker will launch special models on the market in parallel with the integration of the iPhone 5 in early 2014.

2014 Volkswagen iBeetle is one of the first cars in the world that has a native interface for iPhone integrative coordinated with Apple. Once the iPhone is connected to the data network through application Beetle and docking stations ("docked"), this application provides a main menu with several functions, they include:

Spotify. This allows users to stream media such as new songs, playlists or customized online radio stations directly to your iPhone and from there into the sound system of the Beetle.

Expert. Under the "Expert" menu, this application offers five functions that make the iPhone an extended instrument on-board of the Beetle. Offered here is a G-Meter (to measure the transverse acceleration), oil and coolant temperature gauges for engine, chronometer and compass.

Trainer. This can be used to compare the driving time, distance and fuel economy values ​​for the different routes between two destinations.

Reader. It contains a list of the latest messages from social networks like Facebook. There is also a practical function to have an iPhone read messages here.

Postcard. In response to touchscreen commands, the application sends the current location to friends Beetle as digital postcards with motives map.

Photo. A photograph can be taken from the interior of the Beetle with the iPhone camera and posted to social networks with this feature.

When the mode is "undocked" active, the "Milestones" menu is available. Here its the app rewards users with virtual "stickers milestone" for the Beetle when certain tasks have been completed. This is how the app playfully guides users through the range of possible applications.

The 2014 Volkswagen iBeetle exterior gets unique badging on the front quarter panels and some extra chrome badging, while inside it gets a custom shift lever. Like the iPhone 5, the iBeetle coupe and convertible will be available in a very limited range of colors: Candy White, Oryx White Mother of Pearl Effect, Black Monochrome, Deep Black Pearl Effect, Platinum Grey, and Reflex Silver.