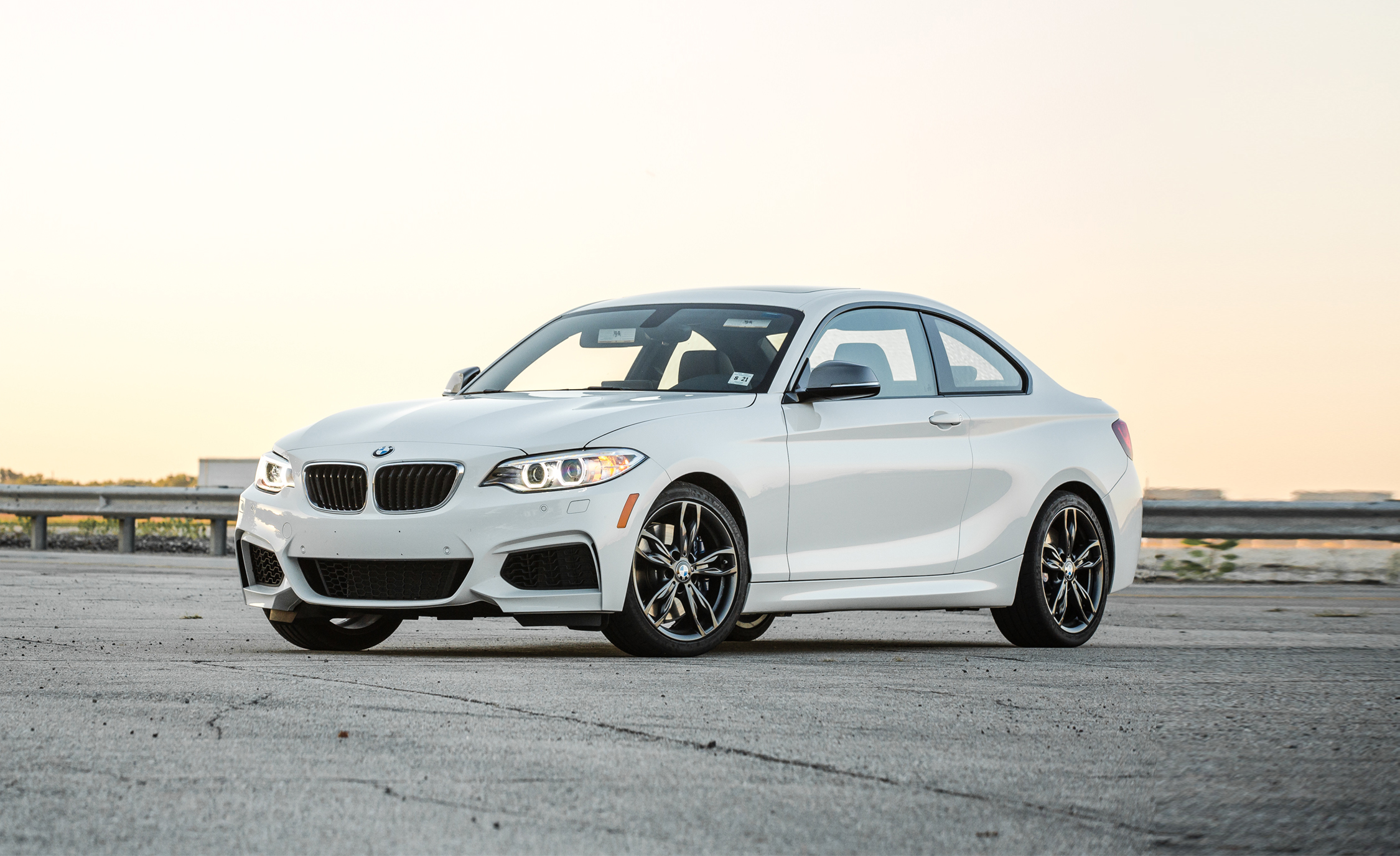 For 2017, the BMW 2 Series coupe and convertible get two new engines with a corresponding name change for the two distinct models, now known as the 230i and M240i.

What do you give the sport coupe that has everything? In the case of the 2017 BMW 2 Series, the answer is more power.

This small luxury coupe and convertible get two new engines this year, and the upgrades result in name changes: The former 228i becomes the 230i, while the former M235i becomes the M240i. Power output jumps to a healthy 248 horsepower and 335 horsepower, respectively, significant gains that are bound to make these already quick compacts just that much quicker.

Elsewhere, the 2 Series retains all the same good qualities that have made it popular since its debut, not the least of which is a well-tuned suspension. The result is a car that’s adept at blasting along a winding stretch of asphalt yet still composed and comfortable while motoring down long stretches of arrow-straight Interstate. The maneuverability that such a compact package delivers also gives the 2 Seriespractical advantages in everyday driving, including the ability to weave through traffic and squeeze into tight parking spaces.

Inside, the passenger cabin features a stylish design and top-notch materials reminiscent of the slightly larger BMW 4 Series. Unfortunately, the interior also reveals this car’s shortcoming: It’s really meant for front seat passengers only because the rear seats are cramped for anyone other than children.

If four-passenger utility is a priority, you might want to consider sporty four-door alternatives including the Audi A3 (and performance-oriented Audi S3), the Cadillac ATS and the Mercedes-Benz CLA-Class, all of which offer similar driving dynamics and amenities with slightly larger backseats (and we do mean slightly). For comparable performance at a lower price, you might also want to have a look at the Chevrolet Camaro and Ford Mustang.

That said, the 2017 BMW 2 Series coupe and convertible are still sports cars that have everything, including now greater power output for more driving excitement.

The 2017 BMW 2 Series is offered as a two-door coupe or convertible with seating for four. The hardtops and convertibles are equipped similarly, except the latter feature automatic pop-up roll hoops, a removable wind deflector and a power-operated black fabric roof (a brown roof with metallic weave is available). There are two trim levels: 230i with its four-cylinder engine and the M240i with its six-cylinder powerplant.

A Premium package is available for the 230i, and it bundles power-folding and heated outside mirrors, auto-dimming side and rearview mirrors, ambient exterior and interior lighting, keyless entry and ignition, 10-way power front sport seats, driver-seat memory functions and satellite radio.

Two options packages bring performance features from the M240i to the 230i, and can be ordered independently or in addition to each other. The M Sport package adds several of the performance-oriented features of the M240i, including the 18-inch wheels with several tire options, an aerodynamic body kit, Shadowline exterior trim, a sport suspension and an M Sport steering wheel. The Track Handling package includes 18-inch wheels, upgraded brakes, adaptive suspension and variable-ratio steering.

The comfort-oriented Luxury package offers 18-inch wheels, leather-upholstered seats and chrome exterior trim in addition to the features of the Premium package, and it cannot be ordered with the M Sport package.

The Driver Assistance package adds front and rear parking sensors and a rearview camera. You can also order the 2 Series with the Driver Assistance Plus package (requires the Premium and Technology packages) and acquire a suite of active safety features, including automatic high-beam headlights, lane departure warning, and forward collision mitigation with automatic braking plus pedestrian detection.

Stand-alone options for the 230i include 18-inch wheels, adaptive xenon headlights, heated front seats, power-operated front seats and a sunroof. A limited-slip differential is available exclusively for the M240i. Optional on both models are leather upholstery, a self-parking system, wireless cellphone charging and a Wi-Fi hot spot, enhanced Bluetooth and USB connectivity, and a 12-speaker Harman Kardon sound system.

The 2017 BMW 2 Series is offered with a choice of two different engines. The 230i is powered by a turbocharged 2.0-liter four-cylinder that puts out 248 horsepower and 258 pound-feet of torque. The M240i gets a turbocharged 3.0-liter inline six-cylinder that produces 335 hp and 369 lb-ft. BMW estimates this latter powertrain will rocket the M240i from 0 to 60 mph in 4.2 seconds.

Rear-wheel drive is standard for the 2 Series, and BMW's xDrive all-wheel-drive system is available as an option. An eight-speed automatic transmission is standard, with a six-speed manual offered as a no-cost option on rear-wheel-drive models only.

All 2 Series models have an automatic stop-start function, which shuts off the engine when you're stopped to save fuel. Automatic-transmission cars also have a launch control feature for full-speed getaways.

Slip inside the 2017 BMW 2 Series and you'll find highly adjustable sport seats that provide good support in spirited driving and above-average comfort on extended jaunts. The rear seats are as cramped as you'd expect from a car this size, making them best suited to small children or as a place to stash a jacket, purse or backpack.

In terms of ambiance, the passenger cabin is attractive, functional and especially quiet in hardtop form, and it features good quality materials. The BMW iDrive infotainment system that’s used to call up various settings on the standard 6.5-inch display (or the optional 8.8-inch screen that comes with the Technology package) responds quickly to inputs, though in our experience it takes a few more twirls of the control knob and a couple of extra clicks to accomplish common tasks than similar systems from competing manufacturers.

Out back, the 2 Series hardtop offers a decent-sized trunk with 13.8 cubic feet of cargo space. The convertible's trunk checks in with just about 9 cubic feet.

Ever wonder if a BMW might be right for you? The entry-level 2 Series is a great place to start because it blends performance and luxury into a compact package that's more affordable than you might think. It's a real BMW.