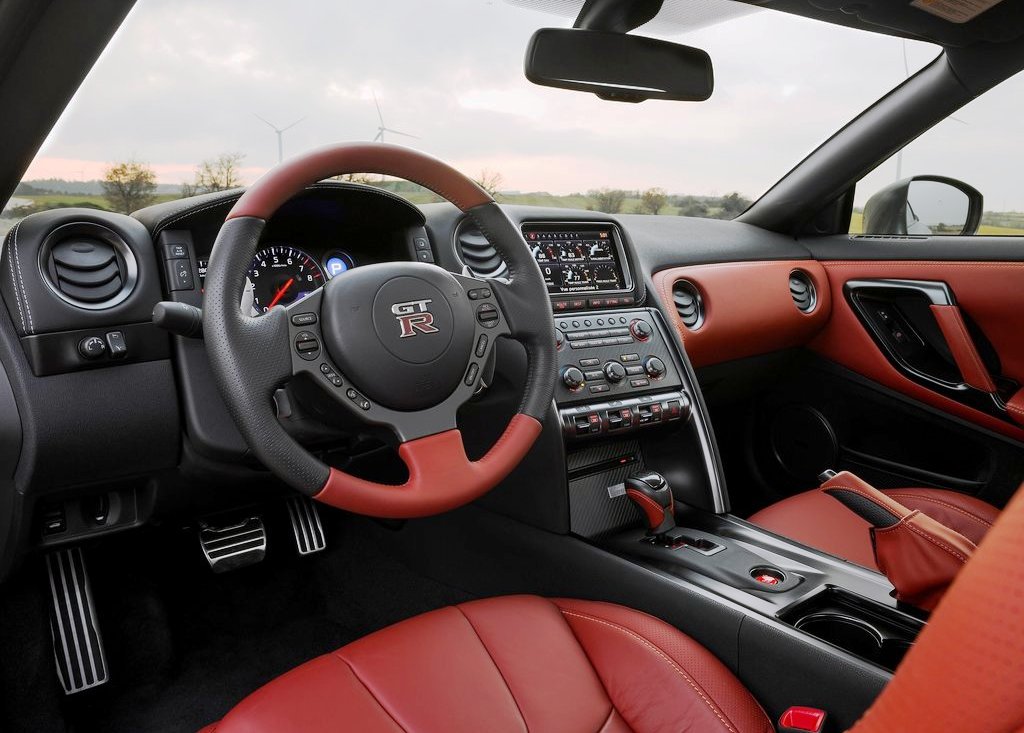 2013 Nissan GT-R is Nissan's supercar aimed at the European and Japanese markets. New Nissan GT-R is showing new technologies and performance modifications to make it more robust and faster. The result is greater high-speed stability, better traction, smoother ride and enhanced driver experience. For the U.S. market known as the model 2014 Nissan GT-R.

The new Nissan GT-R offers a 3.8-liter engine twin-turbocharged V6. With this engine, the car was speeding from 0-62 mph in 2.7 seconds, faster than the 2012 GT-R. This engine has been developed in more detail with relief valve orifice into which added to bypass the turbocharger which helps to maintain acceleration at high RPM.

Nissan has updated the inside of the GTR to create a more sophisticated atmosphere. Nissan engineers lowered the center of gravity of the vehicle according to the deflection of the suspension bushings and tires. New two-tone interior color Red Amber and Black adds style to the interior. Vehicle has been strengthened in certain areas around the rear engine compartment and dash panel for more responsive handling. rear buckets have been removed to save weight and the front seats have been replaced with lighter Recaro racing seats.