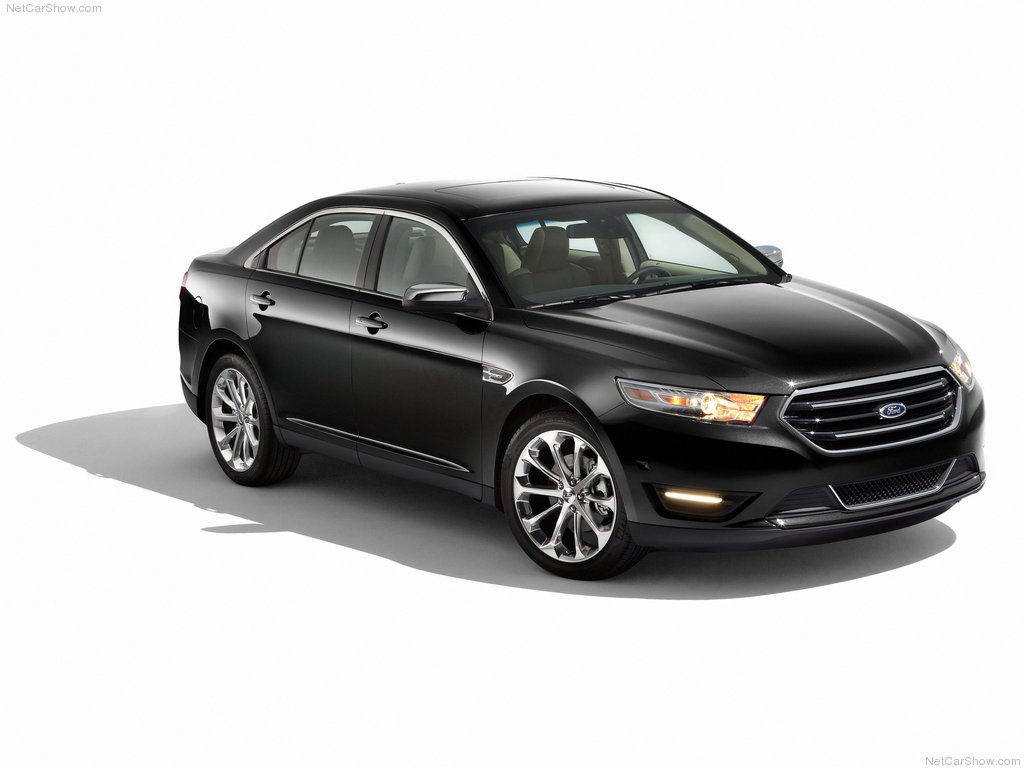 Taurus buyers still looking for two extra cylinders will be able to select Ford's revamped 3.5-liter V-6, which serves duty as the standard engine. The updated six is estimated to deliver 290 horsepower (up by 27 hp) and 255 pound-feet with slightly better fuel economy, thanks in large part to the addition of Ti-VCT, Ford's twin independent variable camshaft timing tech. Continuing to power the Taurus SHO is Ford's much-lauded 365 horsepower, 3.5-liter EcoBoost, which remains unchanged. All engines will continue to be mated to six-speed automatics, optimized for each engine. All-wheel drive remains an option.

Out front, there's a black mesh grille, with SHO-specific HID headlights flanking the new mug. The fender scallops get a SHO-specific badge, and the standard 19-inch painted alloys are shod with P255/45VR-19 rubber. Machined and painted 20-inch rims and performance-themed rubber are available with the Performance Package.

A revamped, more scalloped hood leads into a front fascia that tones down the chrome on the three-bar grille, which is now more upright and trapezoidal. LED accents adorn the headlights and the slightly raised rear quarter panels house larger, full LED taillamps. Chrome exhaust tips help accent the rear, and larger wheel and tire sizes (from 17 to 20 inches) are designed to better fill up the wheel wells.

the 2013 Ford Taurus gets several updates, mainly to the materials, which feature more soft-touch, higher-quality stuff. The switchgear has also been revamped across the cabin, and a heated steering wheel has been added to the mix. And of course, the Taurus is getting the MyFord Touch system, an available Sony Audio System and HD Radio in addition to its already impressive list of standard and available features.