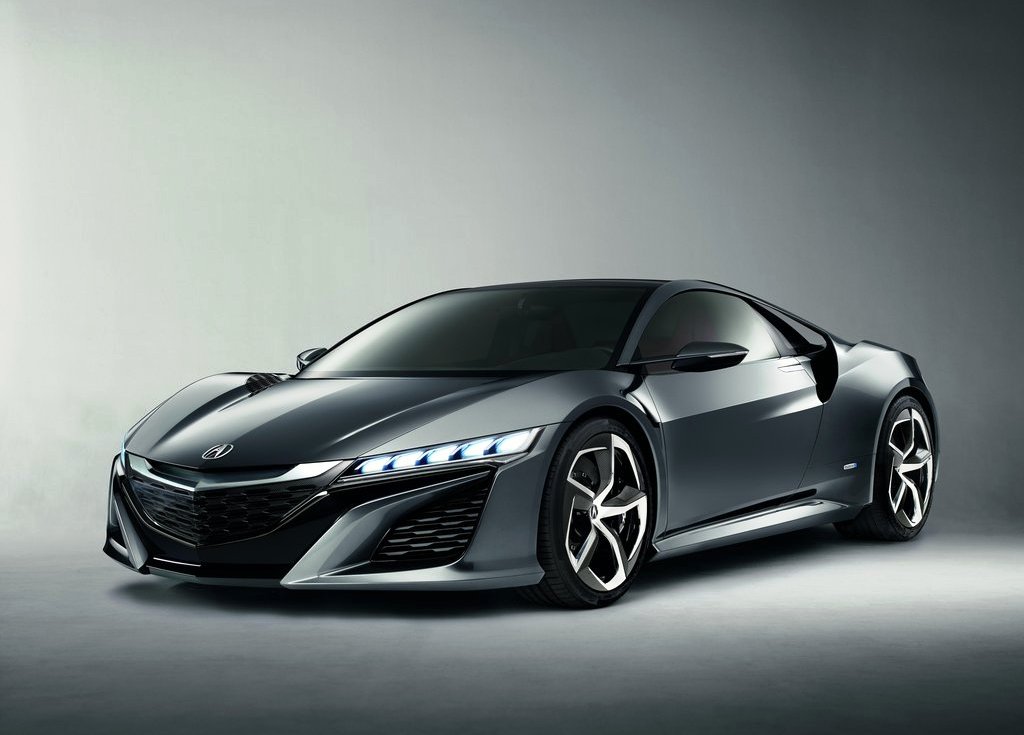 2013 Acura NSX is new Acura supercar that will be displayed at the 2013 North America Auto Show. New Acura NSX shows the styling evolution of the supercar generation and stunning interior design. Advanced technology has to offer in 2013 NSX will bring new levels of performance and experience a unique and dynamic to the exotic sports car market.

Under the hood is a 2013 Acura NSX engine direct-injected V-6 mated to Acura Sport Hybrid SH-AWD ® (Super Handling All-Wheel Drive) system. hybrid system that combines a torque vectoring all-wheel drive with advanced hybrid efficiency through the use of three electric motors. One motor integrated with V-6 engine and front-wheel drive two motors together with the transmission of the all-new dual-clutch transmission (DCT). This system enables instant delivery of negative or positive torque to the front wheels during cornering to achieve a new level of driving performance unmatched by current AWD system. Its main purpose is to provide a new sports car experience that combines next-generation supercar capabilities dynamically with advanced environmental performance.

New Acura NSX will be produced at a new production facility in central Ohio and will be displayed at the 2013 North America Auto Show. Pricing will be announced later.