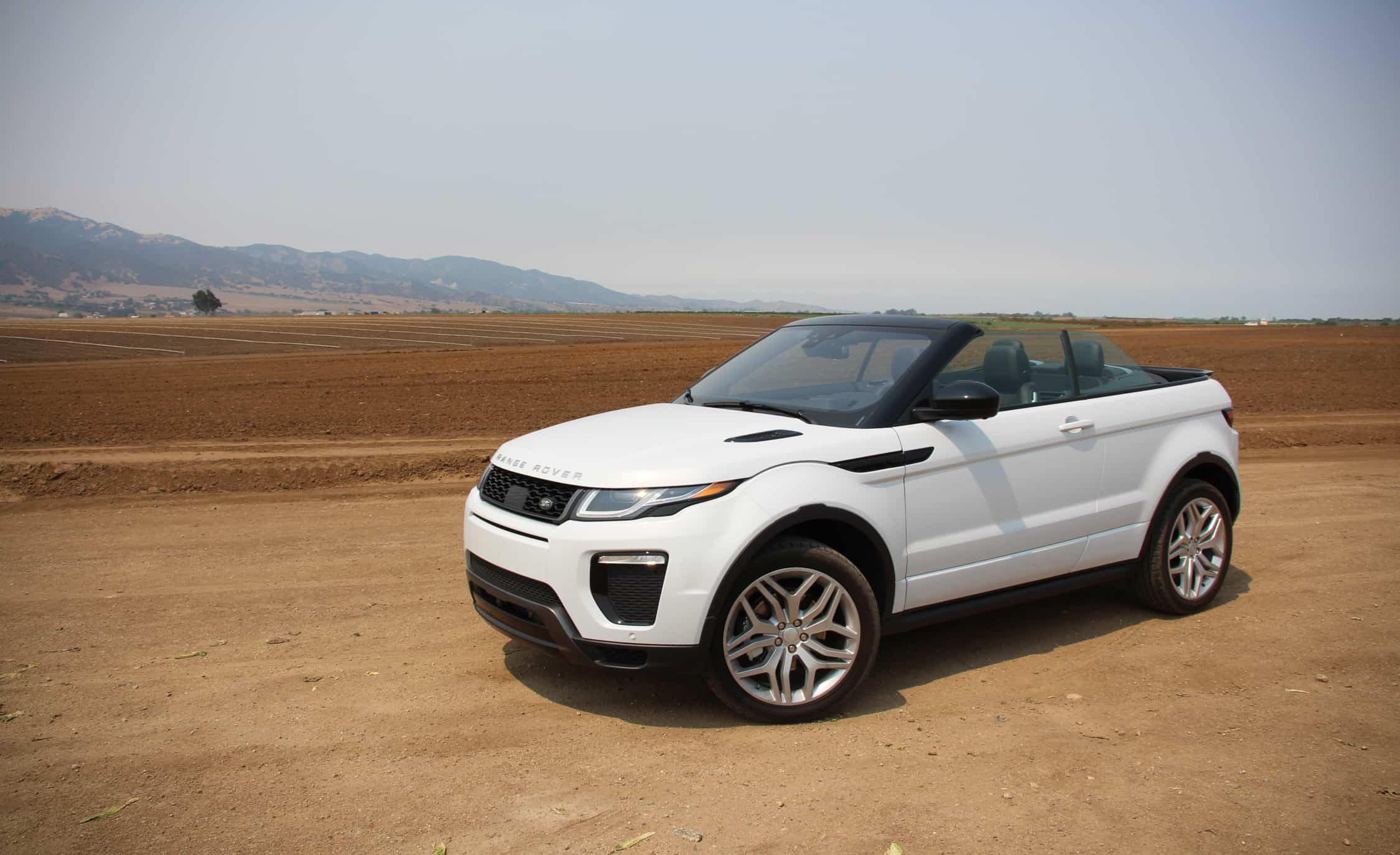 Joining the Range Rover Evoque line-up in 2016, the new Range Rover Evoque Convertible enhances the desirability of the Range Rover Evoque family. The Evoque is nothing if not a head-turner, but its visual drama compromises practicality. The styling comes at a cost to both cargo space and outward visibility; three- and five-foor body styles are offered. Also, curiously enough, so is a convertible. A 240-hp turbo four with a nine-speed automatic and a firm suspension give it the moves to match its sporting character, but the ride is often harsh and raucous. The lavish interior impresses, with high-quality materials and luxury features.