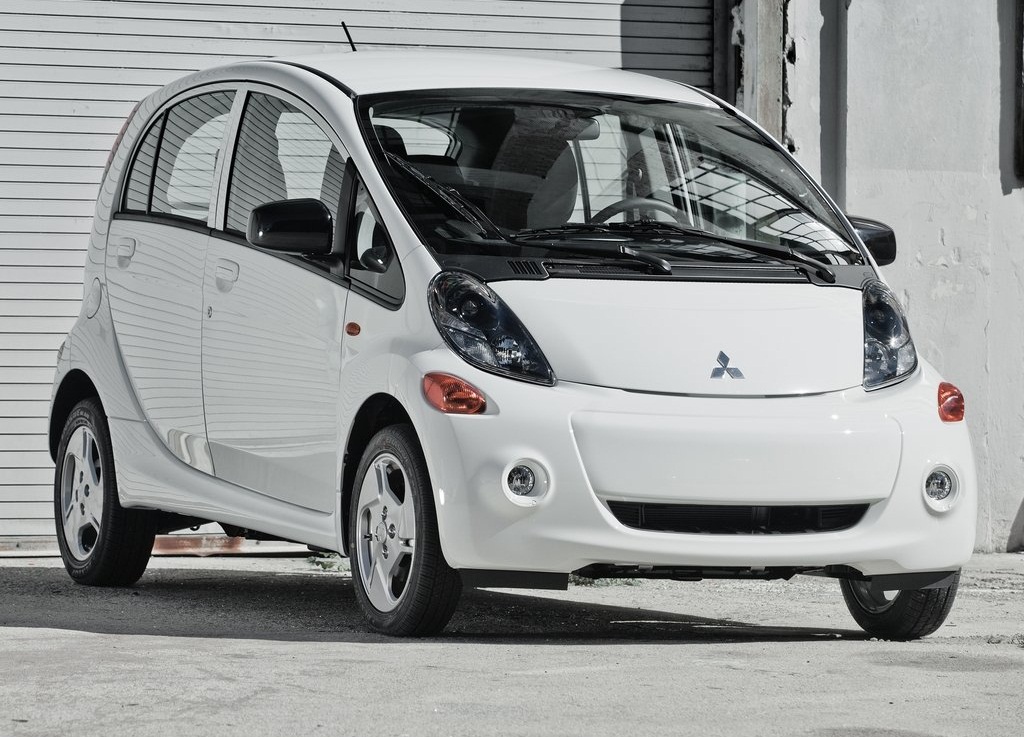 Mitsubishi i-MiEV minicar is very popular gasoline-powered in the Japanese market, this roomy and practical four-door 2012 model serves as the basis for the new 100% battery-powered Mitsubishi i for the North American market. The zero tailpipe emission Mitsubishi i will be the first North American production vehicle to be powered by Mitsubishi innovative Electric Vehicle (MiEV) technology - cutting edge drivetrain engineering that will serve as the basis for future ultra-environmentally-friendly vehicles from the company.

Gone are conventional automotive systems including a gasoline engine, transmission and a fuel tank, having been replaced by advanced components including a lithium-ion battery system, electric motor and an efficient battery charging system in the all-new Mitsubishi i. This electric vehicle has already proved itself a viable and reliable form of transportation as Mitsubishi has been selling the car in its home market since the summer of 2009; production has already commenced for the European-spec i-MiEV.

The new production Mitsubishi i with a retooled, larger body to provide even more interior comfort for four adults, along with new bumpers front and rear for enhanced protection in the event of a collision. Other noteworthy safety measures on the North American-spec vehicle include airbags that protect passengers and control deployment force, Active Stability Control (ASC) and a Tire Pressure Monitoring System (TPMS) - all included as standard equipment.

Additional energy efficiency can be wrung from the “i” model’s electric powertrain thanks to Eco (Economy) and Brake driving modes that supplement the vehicle’s standard Drive mode. The Eco mode limits excessive power usage from reaching the motor while the Brake mode increases the resistance of the regenerative braking system (especially when driving downhill) to feed even more energy back into the car’s bank of lithium-ion batteries.

The power system consists of a permanent magnet synchronous electric motor and a high energy density lithium-ion battery pack that consists of 88 cells (22 modules, 4 battery cells per module) for a maximum battery capacity of 16 kWh. The battery modules can be installed either transversely or vertically; this packaging flexibility allows them to be stored underneath the cabin floor. All 88 cells reside within an extremely sturdy stainless steel capsule to provide maximum protection.

all of 2012 Mitsubishi i-MiEV minicar