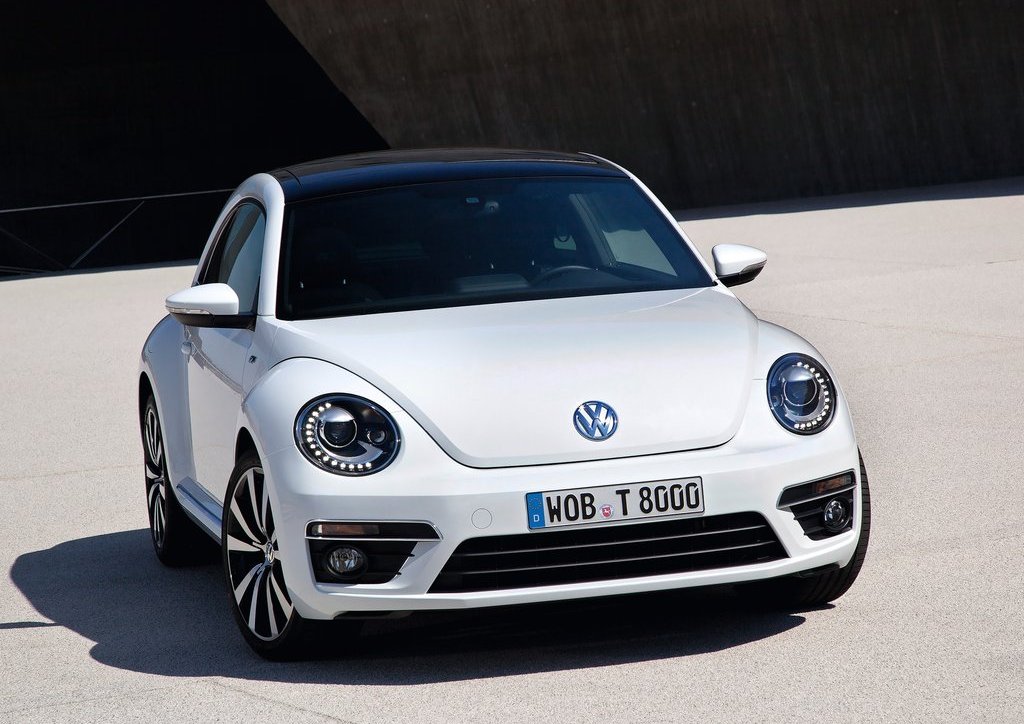 Volkswagen has unveiled the latest generation of the VW beetle. The new 2013 Volkswagen Beetle R-Line. This car is based on a version of the top "Sport": package exterior and interior package.

Volkswagen R GmbH creates two versions of this car. Independent version and sporty version. All versions obtain choice of one of twelve exterior colors. Volkswagen Beetle R-Line exterior features include front bumper with air holes independent black hrome direction indicator surrounds to the diffuser at the rear housing door mirrors in body color, the R-Line logo on the front of the body below the A-pillar, and 18 - inch 'Twister' wheels.

The interior of this car is also very interesting. a number of features have been completed on the interior. these features include leather-trimmed sport steering wheel, R-Line badges on the seats, gear shift lever boot and hand brake grip with decorative stitching in "Art Grey" decorative inlays in "Vanadium Dark", and the option of black leather badge Vienna with R -Line.