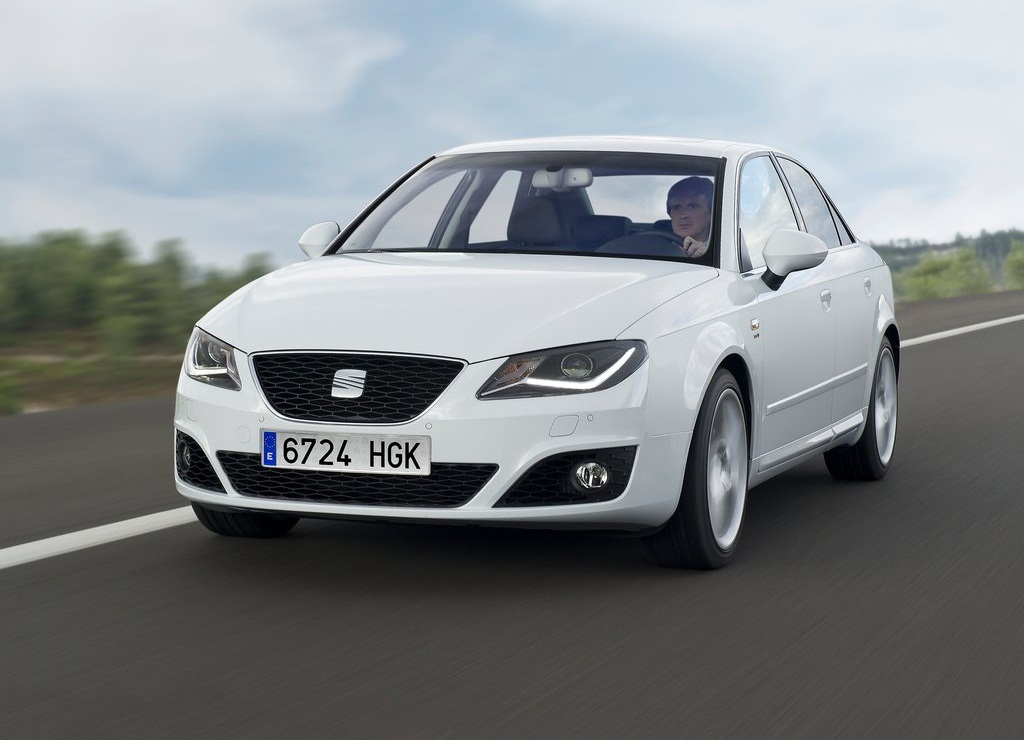 Seat Exeo with the concept of improved performance and more efficient engines as well as upgrades of new features to appeal more to the design. Impression of a comfortable and roomy sporty realized with a dynamic body and interior is so luxurious. This is the Sporty Efficient Bussines Car of 2012 Seat Exeo.

From a technical perspective, Seat Exeo to focus on improving the engine more efficient. Systematic improvements to the power unit of CO2 emissions from all versions of the TDI should be reduced by about 7 grams per kilometer. The 88 and 105 kW (120 and 143 hp) model sedan with manual transmission is now both come in under 130 grams per kilometer mark.

Seat Exeo now has the appearance of a more athletic and dynamic. Sophisticated design with honeycomb grille insert a new one on the front. Not only that, new headlamps that take the viewer's attention.

Seat Exeo has a length of 4.66 meters, including into the mid-size car class. Seat Exeo offers room for five passengers and a luggage compartment that is proportional to the volume 442 to 1354 liters. The concept interior that is right for families who like the sporty and dynamic concept.