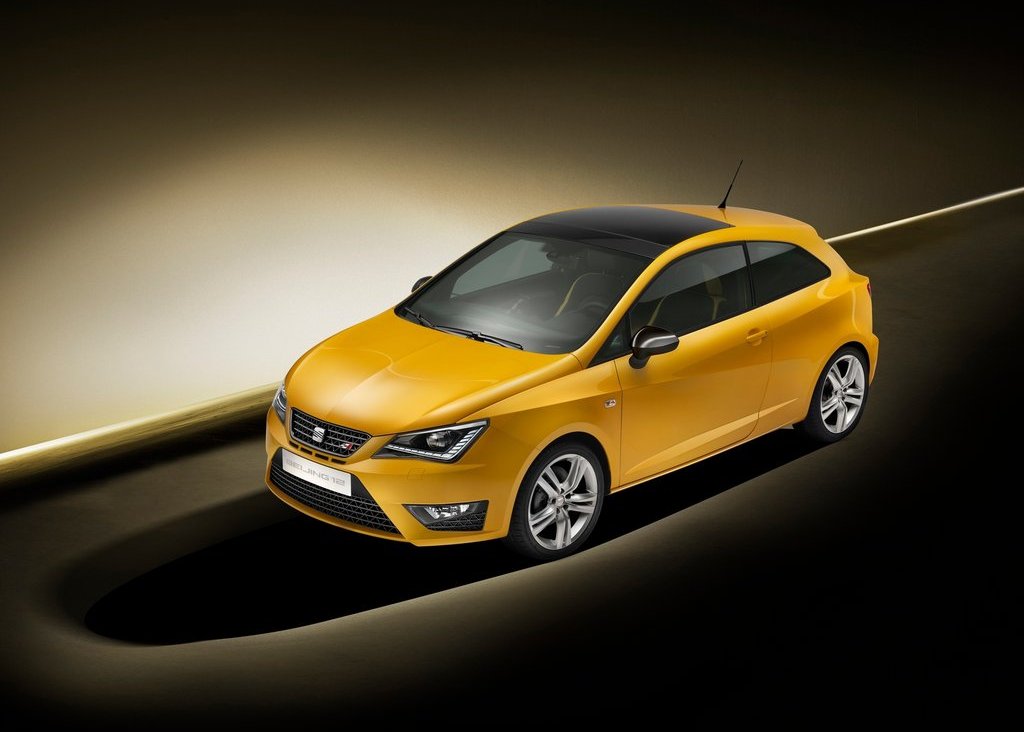 2012 Seat Ibiza Cupra is displayed in the 2012 Beijing Motor Show. Seat concept was performed with exceptional performance, latest technology and complete equipment encased in an emotional design that has been developed consistently. This 2012 Seat combines fun and quick impression that is suitable for everyday functions.

The Seat Ibiza Cupra Concept shows Seat DNA in the most concentrated form. Advanced design of the headlamps to show attention to detail in the work done at SEAT. The new face of 2012 Seat Ibiza Cupra with a wide air intake grille emphasize the broad and very strong. LED daytime running lights trace the outline of the headlights to provide a unique light signature, as well as LED taillights. Painted black exterior mirrors and offer a clear contrast to the yellow paint finish.

2012 Seat Ibiza Cupra interior featuring new sports steering wheel with paddle shift and the Cupra logo for the DSG transmission, dedicated instruments and leather sports seats with their lateral flashing yellow to match the exterior color. SEAT Portable System will be available as an option for the entire family of Ibiza.

Under the hood 2012 Seat Ibiza Cupra 1.4 TSI engine found a supercharger and turbo, as well as direct injection. with its 132 kW / 180 hp and maximum torque of 250 Newton meters, it ensures a very smooth performance. Seven-speed DSG transmission with a very short time shift can also be operated via shift paddles behind the steering wheel.