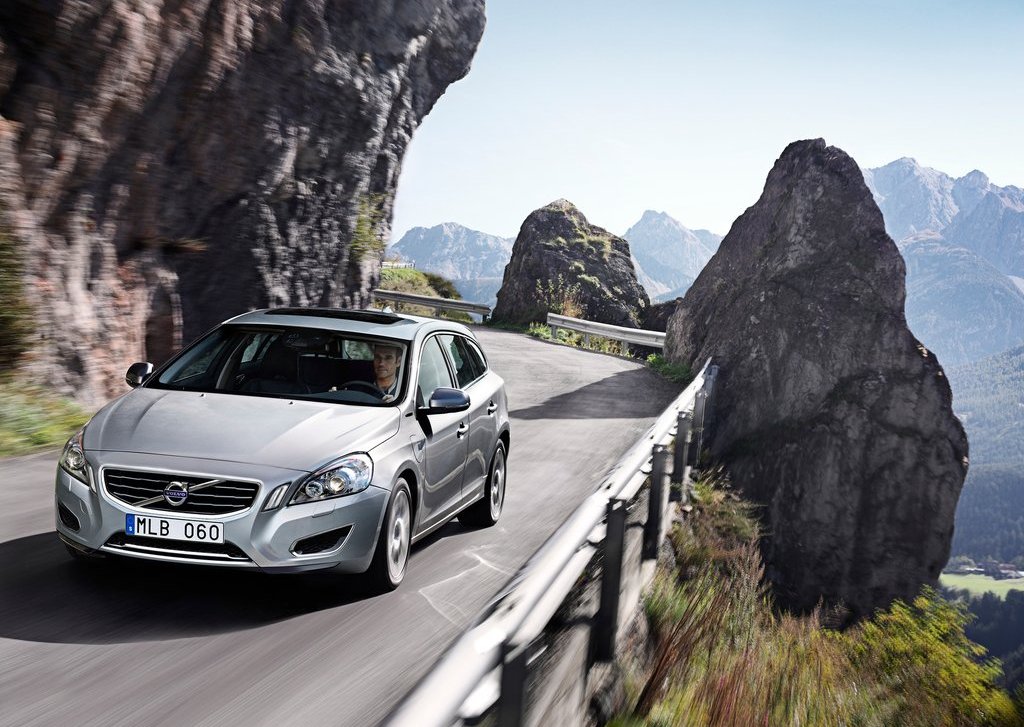 2013 Volvo V60 Plug-in Hybrid is the world's first car that combines the power of the diesel and hibirda technology. There are many hybrids on the market, but none of those who can fit the Volvo V60 Plug-in Hybrid. Silver color displays spectacular, exclusive interior and generous standard equipment. Volvo V60 Plug-in Hybrid was unveiled at the Geneva Motor Show in 2011 and marketed in the season autumn 2012. The car is ideal for customers who want a superior environmental performance without sacrificing one quality is established in a contemporary luxury car.

The front wheel Volvo V60 Plug-in Hybrid are supported by the 2.4-liter five-cylinder turbodiesel engine that produces 215 hp and maximum torque of 440 Nm. The car has a six-speed automatic transmission. while the rear shaft is driven by an electric motor that produces 70 horsepower. The electric motor supplied with power from lithium-ion battery 11.2 kWh battery pack mounted beneath the load compartment floor.

Hybrid is the default setting every time the car is run. Diesel engine and electric motor work together to ensure an optimal balance between driving pleasure and environmental impact from Volvo V60 Plug-in Hybrid. CO2 Emissions (NEDC, mixed driving cycle for certification) is 49g/km, according to the diesel consumption 1.9l/100km. The car has a total range of up to 1,000 km. Diesel engines and electric motors have a total power output of 215 horsepower and 440 Nm maximum torque of 70 200. Lightning-fast transmission torque electric motors contributed to the acceleration of the car from 0 to 100 km / h in 6.2 seconds.